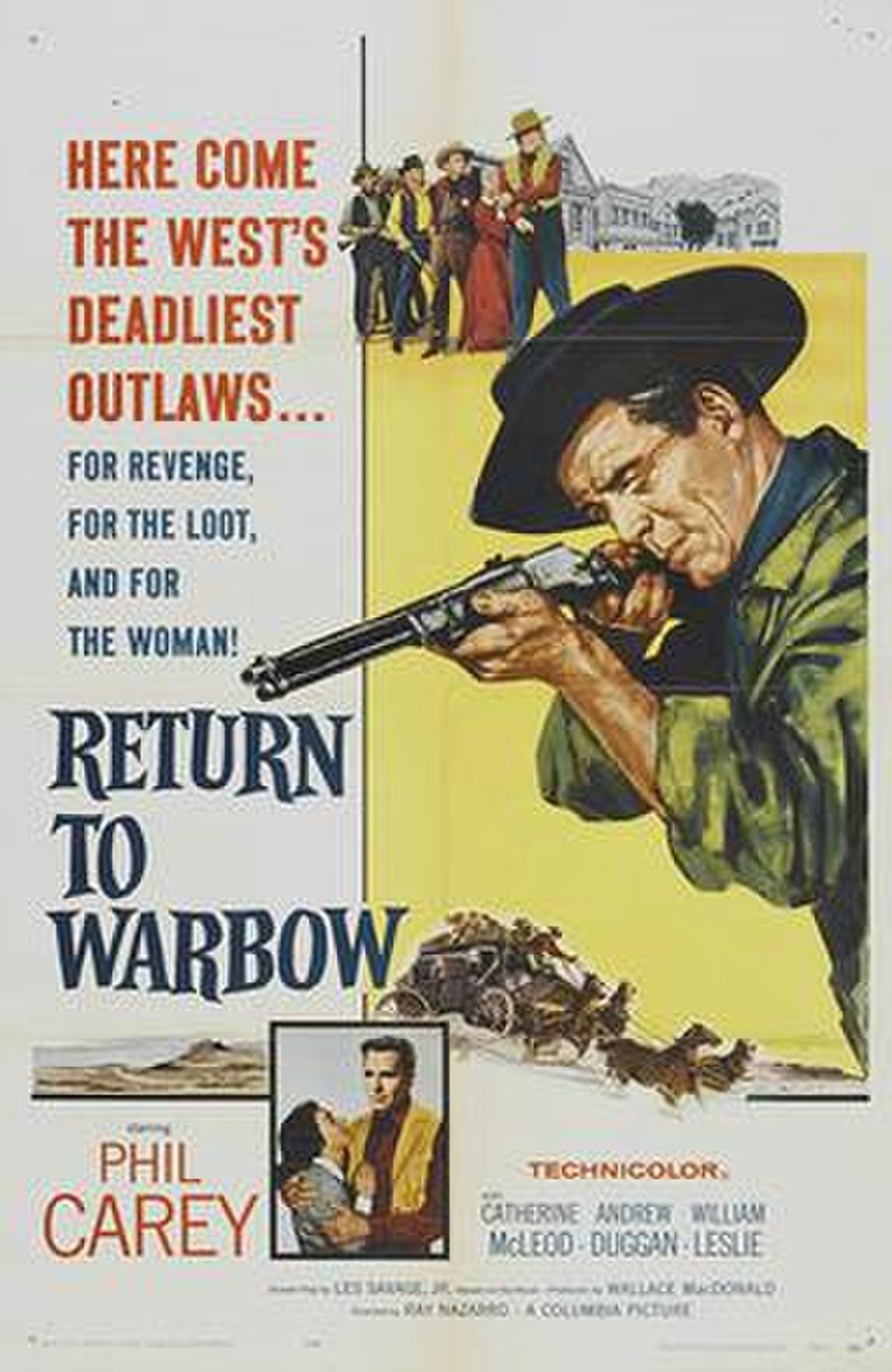 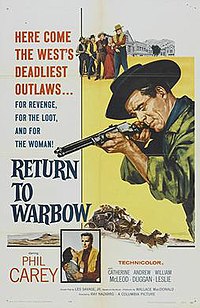 Return to Warbow is a 1958 American Western film directed by Ray Nazarro and starring Philip Carey. The film is based on the novel Return to Warbow by Les Savage, Jr. (New York, 1955).

Philip Carey plays Clay Hollister, an escaped prisoner, who returns to his native town of Warbow together with two accomplices, Red and Johnny, to recover $30,000 that he stashed there 11 years before. To achieve his goal, he takes local boy David Fallam (Christopher Olsen) hostage—only to learn later that the boy is his son.