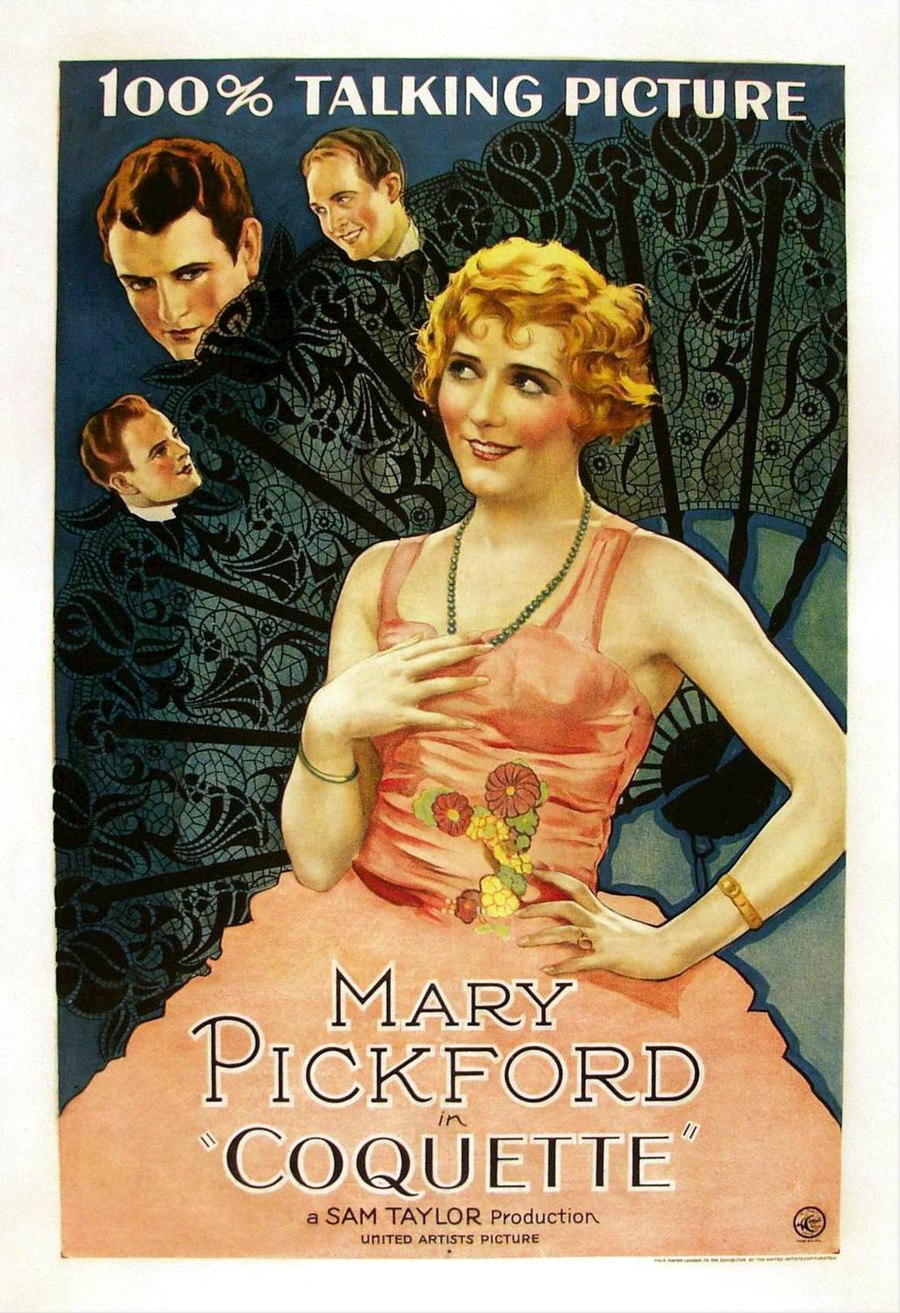 Coquette is a 1929 American Pre-Code drama film, starring Mary Pickford. The film was a box office success. For her performance, Pickford won the second Academy Award for Best Actress.

Norma Besant, daughter of a Southern doctor, is an incorrigible flirt and has many suitors. Her father Dr. Besant (John St. Polis) favors Stanley (Matt Moore), who is taken with Norma. However Norma has met a simple man named Michael Jeffrey (Johnny Mack Brown) who she has fallen madly in love with. Dr. Besant disapproves of Michael and orders Norma to never see him again. Norma gives him their word, then promptly plans to marry Michael in 6 months, when he's made 'good in the hills' so he can buy her a home in the valley.