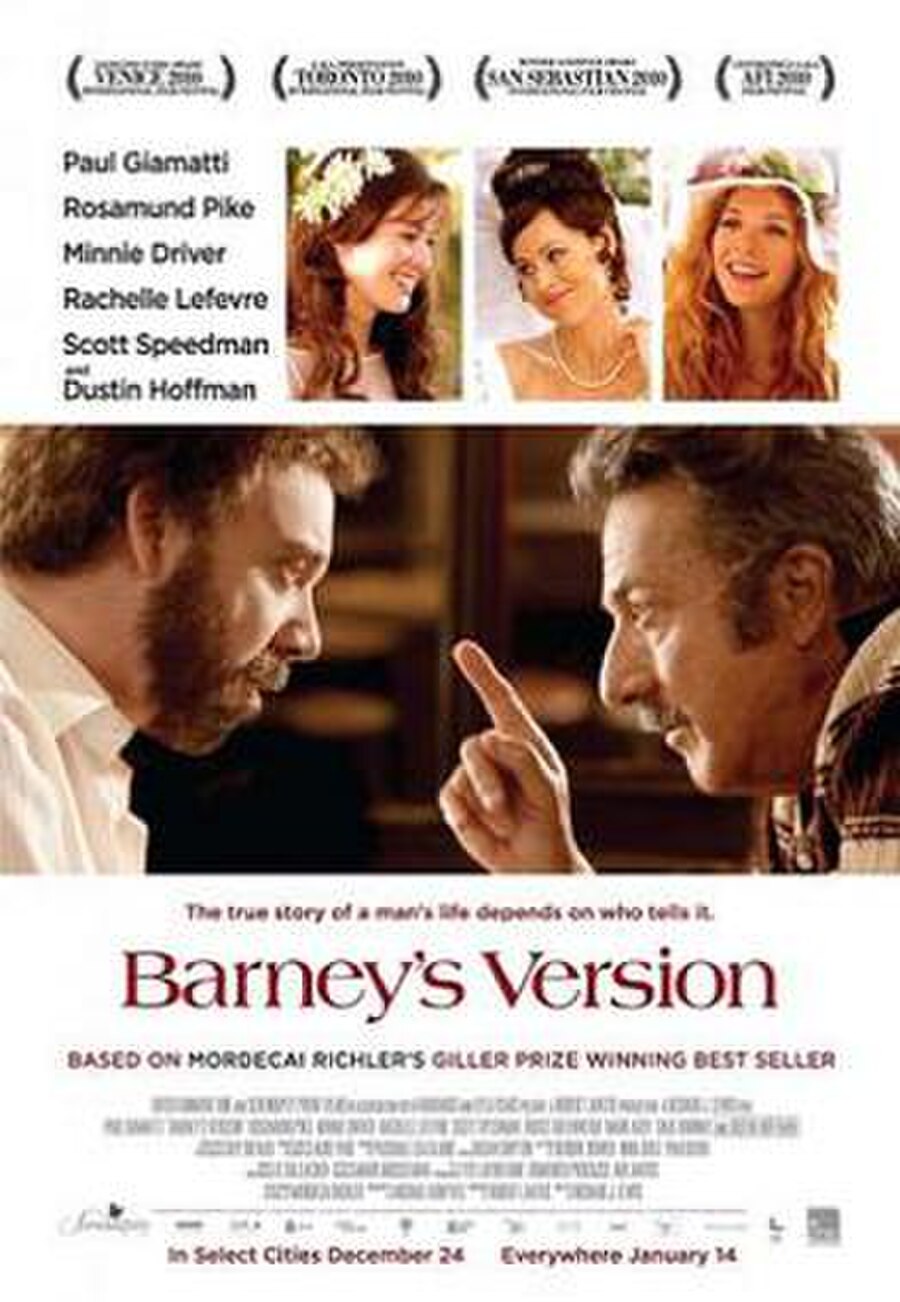 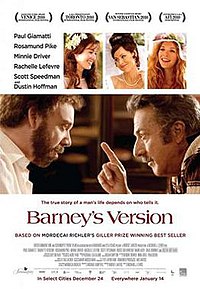 Barney's Version is a 2010 Canadian comedy-drama film directed by Richard J. Lewis, based on the novel of the same name by Mordecai Richler. The film was nominated for the Golden Lion at the 67th Venice International Film Festival.

Barney Panofsky (Giamatti) is living with his best friend Boogie (Speedman) in Rome. He marries the mentally disturbed and unfaithful Clara Charnofsky (Lefevre) after she tells him she is pregnant with his child. Barney later finds out the child delivered stillborn is not his, and he demands they separate. Clara commits suicide, and a devastated Barney decides to return home to Montreal.