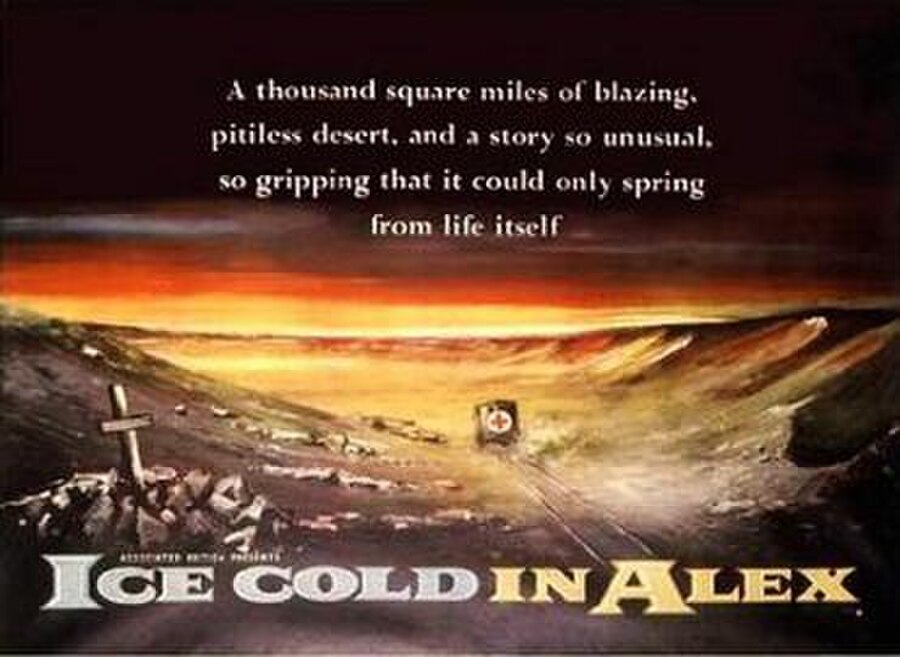 Ice Cold in Alex is a 1958 British war film set during the Western Desert campaign of World War II based on the novel of the same name by Christopher Landon. Directed by J. Lee Thompson and starring John Mills, the film was a prizewinner at the 8th Berlin International Film Festival. Under the title Desert Attack, a shortened, 79-minute version of the film was released in the United States in 1961; film critic Craig Butler later referred to the shortened versions as nonsensical.

Captain Anson, the officer commanding a British RASC Motor Ambulance Company in Tobruk, is suffering from battle fatigue and alcoholism. With the city about to be besieged by the German Afrika Korps, Anson and most of his unit are ordered to evacuate to Alexandria. During the evacuation, Anson, MSM Tom Pugh and two nurses, Sister Diana Murdoch and Sister Denise Norton, become separated from the others in an Austin K2/Y ambulance nicknamed "Katy". The quartet decide to drive across the desert back to British lines.