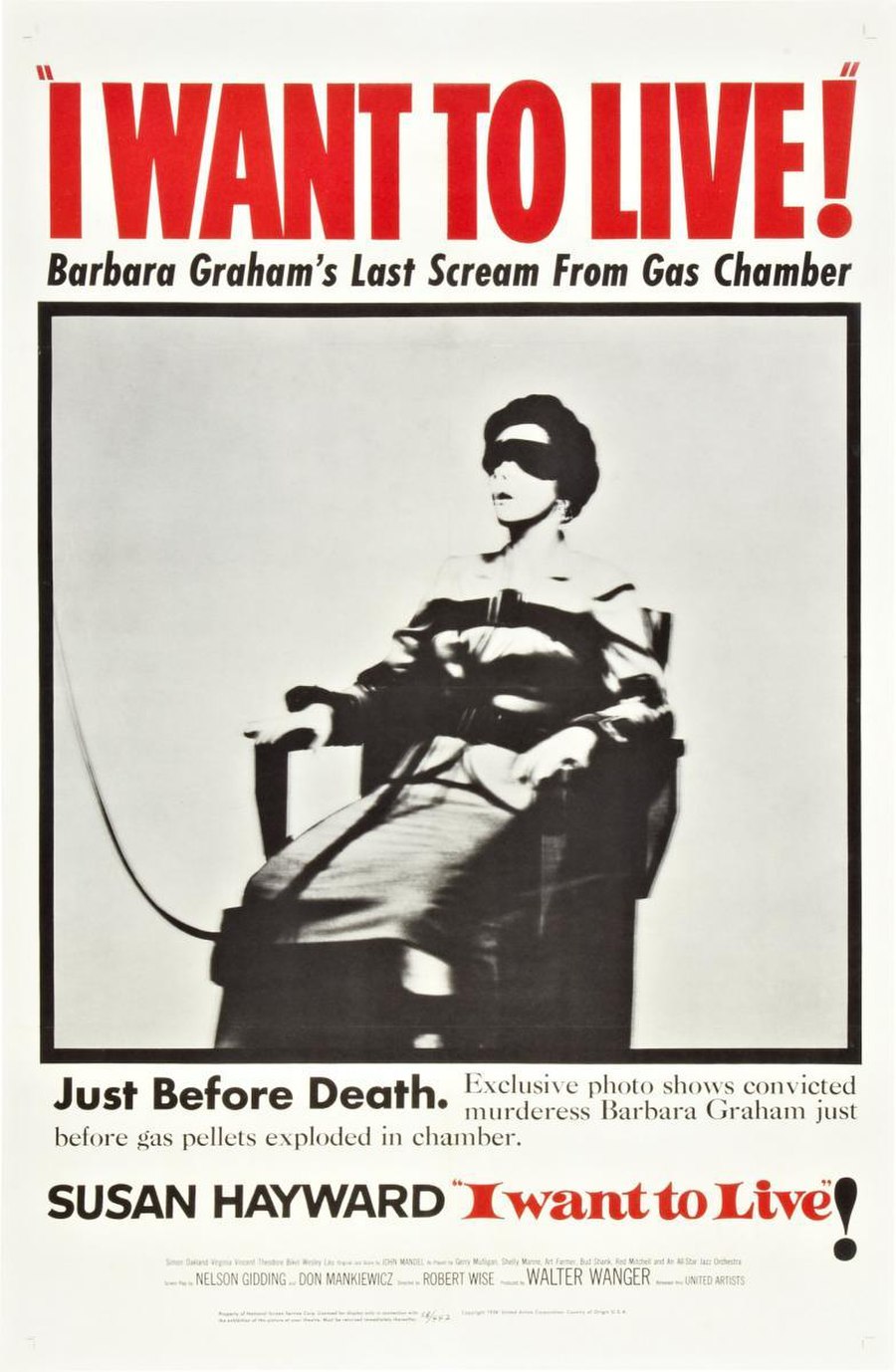 I Want to Live! is a 1958 American biographical film noir directed by Robert Wise and starring Susan Hayward, Simon Oakland, Virginia Vincent and Theodore Bikel. It follows the life of Barbara Graham, a prostitute and habitual criminal who is convicted of murder and faces capital punishment. The screenplay, written by Nelson Gidding and Don Mankiewicz, was adapted from personal letters written by Graham in addition to newspaper articles written by Pulitzer Prize-winning journalist Ed Montgomery. The film presents a highly fictionalized version of the case, indicating the possibility that Graham may have been innocent.

In 1950 San Francisco, petty criminal and prostitute Barbara Graham faces a misdemeanor charge for soliciting sex. She returns to her native San Diego, but is soon charged with perjury after she provides two criminal friends a false alibi. She subsequently returns to prostitution and other criminal activities to make a living and begins working for thief Emmett Perkins by luring men to his gambling parlor. Barbara manages to earn a significant amount of money, and quits working for Emmett to marry Hank, her third husband. The couple have a son, Bobby, but their marriage is in turmoil because of Hank's gambling addiction and physical abuse.