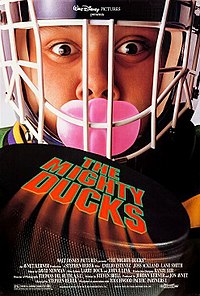 Gordon Bombay (Emilio Estevez) is an arrogant but successful Minneapolis defense attorney. After his 30th successful case, he celebrates by going out drinking, but is arrested for drunk driving and sentenced to 500 hours of community service by coaching the local "District 5" Pee-Wee hockey team. Bombay has an unpleasant history with the sport: in 1973, he was the Hawks’ star player but, struggling with the loss of his father, he missed a penalty shot in the championship game, disappointing his hyper-competitive coach, Jack Reilly (Lane Smith). The Hawks went on to lose in overtime, becoming one of their only championship defeats.