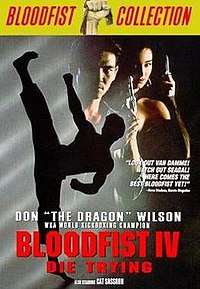 When Danny unknowingly repossesses the car of a powerful arms merchant, it sets off a chain of violent retaliation. After his friends are killed and his daughter is kidnapped, Danny takes matters into his own hands. It does not matter that the CIA and the FBI are also involved the Dragon's fire is in his fists!