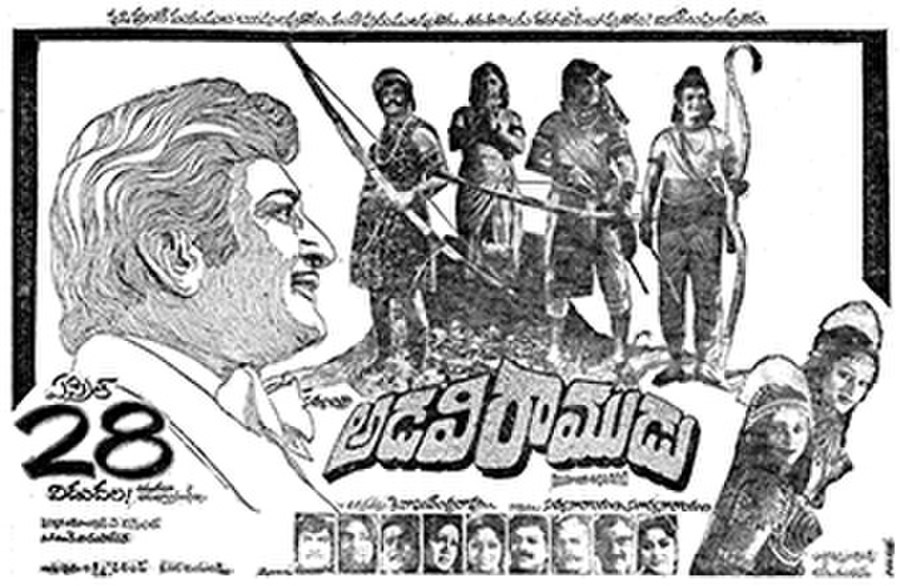 Adavi Ramudu is a 1977 Telugu-language action film produced by Satyanarayana and Suryanarayana under the Satya Chitra banner and directed by K. Raghavendra Rao. It stars N. T. Rama Rao, Jaya Prada, Jayasudha in the lead roles and has musical score by K. V. Mahadevan.

Dharma Raju (Nagabhushanam) and his son Nagaraju (Satyanarayana) run a smuggling and illegal transport racket of forest produce. Ramu (N.T. Rama Rao) opposes and raises the villagers to fight against him. Padma (Jayaprada) who is the daughter of forest officer (Jaggayya) loves him. One tribal lady Chilakamma (Jayasudha) also loves Ramu as a brother. Dharma Raju takes the help of one Jaggu (Sridhar) to send Ramu away from the forest. The second half of the film reveals that Ramu is, in fact, a forest officer in a secret mission to investigate the case of forest affairs. The story finally leads to the arrest of all criminals.