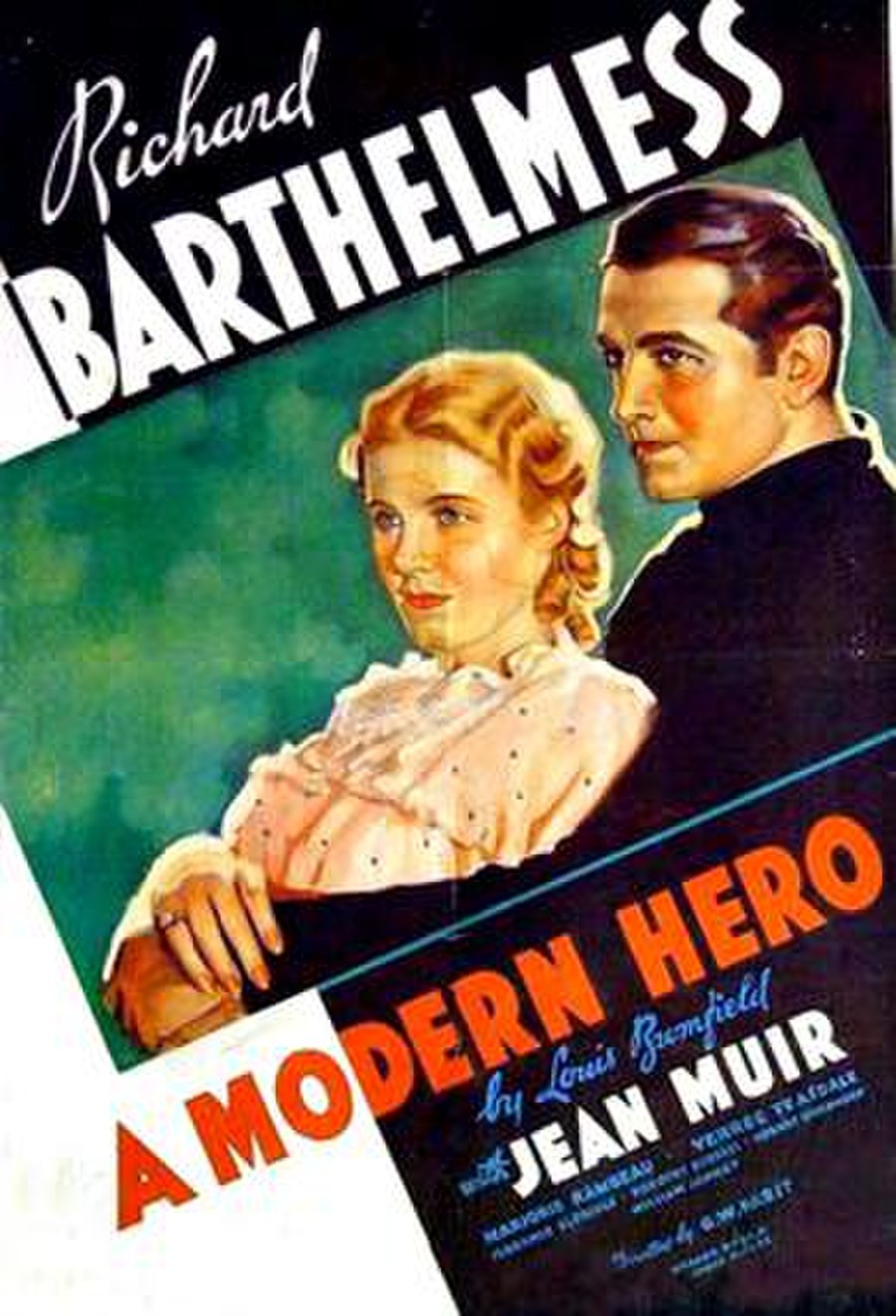 A Modern Hero is a 1934 American pre-Code romance drama film starring Richard Barthelmess and directed by Georg Wilhelm Pabst. It is based on the novel with the same title by Louis Bromfield. It was Pabst's only American talking film.

When a circus comes to Pentland, Illinois, young Joanna Ryan (Jean Muir) is seduced by trick rider Pierre Radier (Richard Barthelmess). Later, his mother, Madame Azais (Marjorie Rambeau), tells Pierre about his father, one of the richest men in Europe. He, too, was full of ambition. She gave him up, and when she heard of his marriage, she was so distracted that she lost her arm to a leopard in the ring. Joanna's drunken father (J. M. Kerrigan) appears to tell Pierre that Joanna is pregnant and is killed by a train. Pierre offers to marry Joanna, but she has already decided to marry steady local Elmer Croy. She would only hold Pierre back. He gives her money for their child.