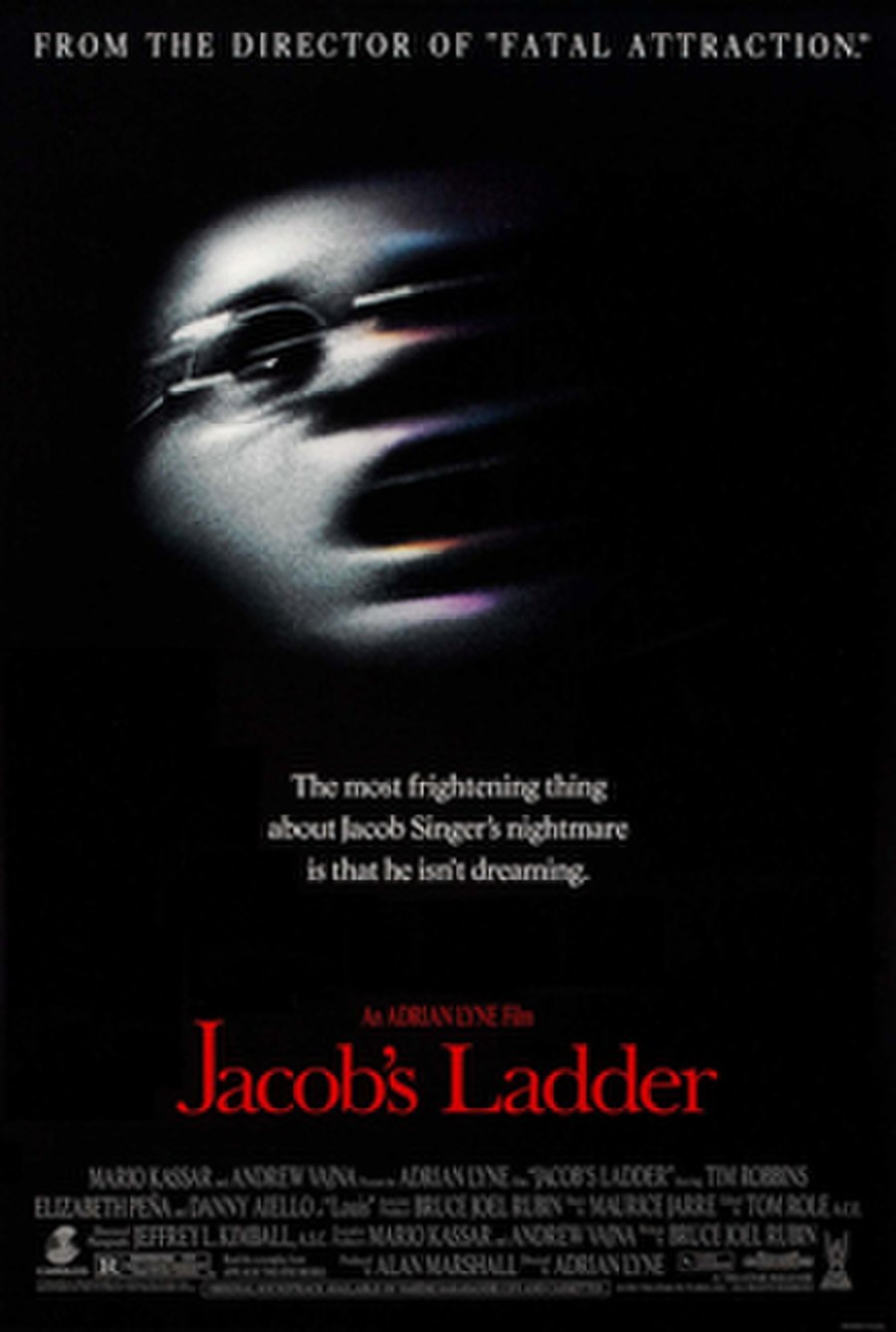 Jacob's Ladder is a 1990 American psychological horror film directed by Adrian Lyne, produced by Alan Marshall and written by Bruce Joel Rubin. The film stars Tim Robbins as Jacob Singer, an American infantryman whose experiences before and during his service in Vietnam result in strange, fragmentary visions and bizarre hallucinations that continue to haunt him. As his ordeal worsens, Jacob desperately attempts to figure out the truth. The film's supporting cast includes Elizabeth Peña and Danny Aiello.

On October 6, 1971, American infantryman Jacob Singer is with the 1st Air Cavalry Division, deployed in a village in Vietnam's Mekong Delta, when his close-knit unit comes under sudden attack. As many of Jacob's comrades are killed or wounded, others exhibit abnormal behavior with some suffering catatonia, convulsions, and seizures. Jacob flees into the jungle, only to be stabbed with a bayonet by an unseen assailant.