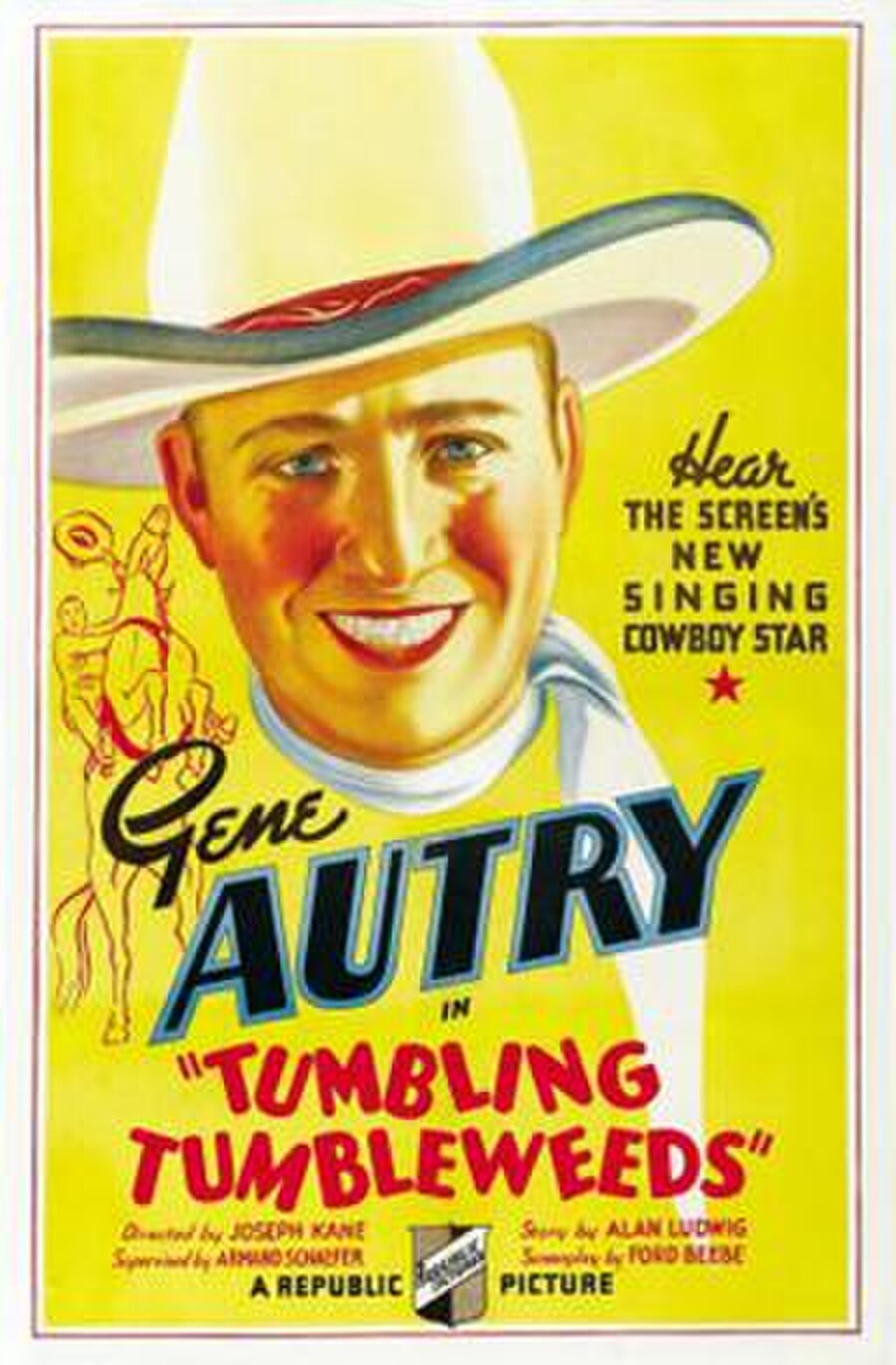 Tumbling Tumbleweeds is a 1935 American Western film directed by Joseph Kane and starring Gene Autry, Smiley Burnette, and Lucile Browne. Written by Ford Beebe, the film is about a cowboy who returns home after a five-year absence to find his father murdered and his boyhood pal accused of the dastardly deed. Tumbling Tumbleweeds features the songs "Riding Down the Canyon", "That Silver-Haired Daddy of Mine", and the Bob Nolan classic "Tumbling Tumbleweeds".

Gene Autry (Gene Autry) returns to his home after a five-year absence as a singing cowboy with a group of strolling players that includes Smiley (Smiley Burnette) and Eightball (Eugene Jackson), who sell Dr. Parker's Painless Panacea. Gene's father, a cattle barron and one of the original "nesters" in the West, was recently murdered during a conflict with his landlord.