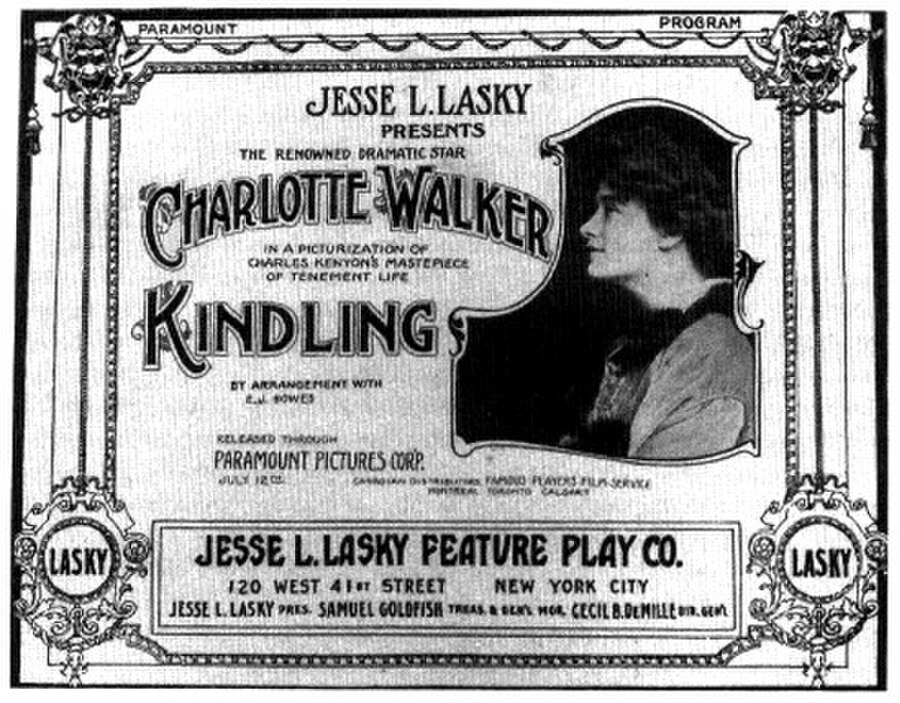 Kindling is a 1915 American drama film produced and directed by Cecil B. DeMille and starring Charlotte Walker, in her film debut. The film is based on a 1911 Broadway play by Charles A. Kenyon which starred Margaret Illington and was produced by her husband Major Bowes, later of radio fame.