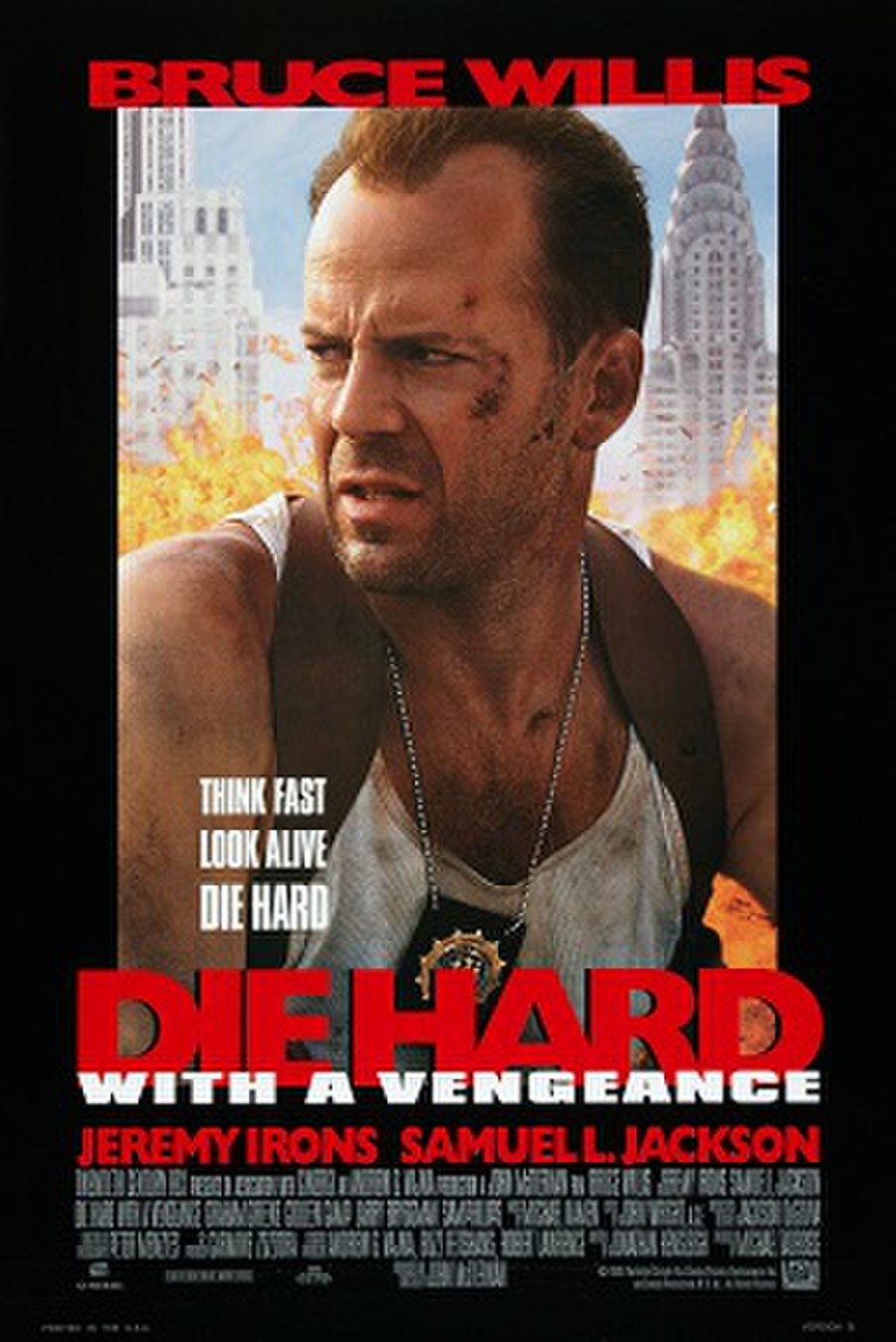 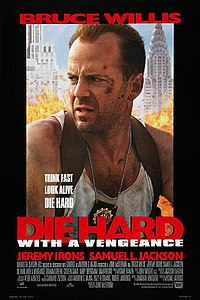 Die Hard with a Vengeance 1995

Die Hard with a Vengeance is a 1995 American action-thriller film directed by John McTiernan (who directed the first installment). It was written by Jonathan Hensleigh, based on the screenplay Simon Says by Hensleigh and on the characters created by Roderick Thorp for his 1979 novel Nothing Lasts Forever. Die Hard with a Vengeance is the third film in the Die Hard series, after Die Hard 2 (1990). It is followed by Live Free or Die Hard (2007) and A Good Day to Die Hard (2013).

In New York City, the Bonwit Teller department store is destroyed by a bomb during the morning commute. The New York City Police Department gets a call from "Simon" claiming responsibility. Simon threatens to detonate another bomb unless suspended police officer John McClane is dropped in Harlem, wearing a sandwich board with "I Hate Niggers" printed on it. The NYPD complies, and a hungover McClane is picked up from his apartment. The sight of McClane wearing the board attracts the attention of Zeus Carver, an electrician who owns a nearby shop. McClane informs Carver that he is a police officer on a case, but he is soon attacked by a group of black men. The two manage to escape and retreat in a taxi. They arrive at NYPD's headquarters, where they learn that a large quantity of binary liquid explosives, which caused the Bonwit explosion, were recently stolen. Simon calls again and demands that both McClane and Carver follow his continuing instructions.