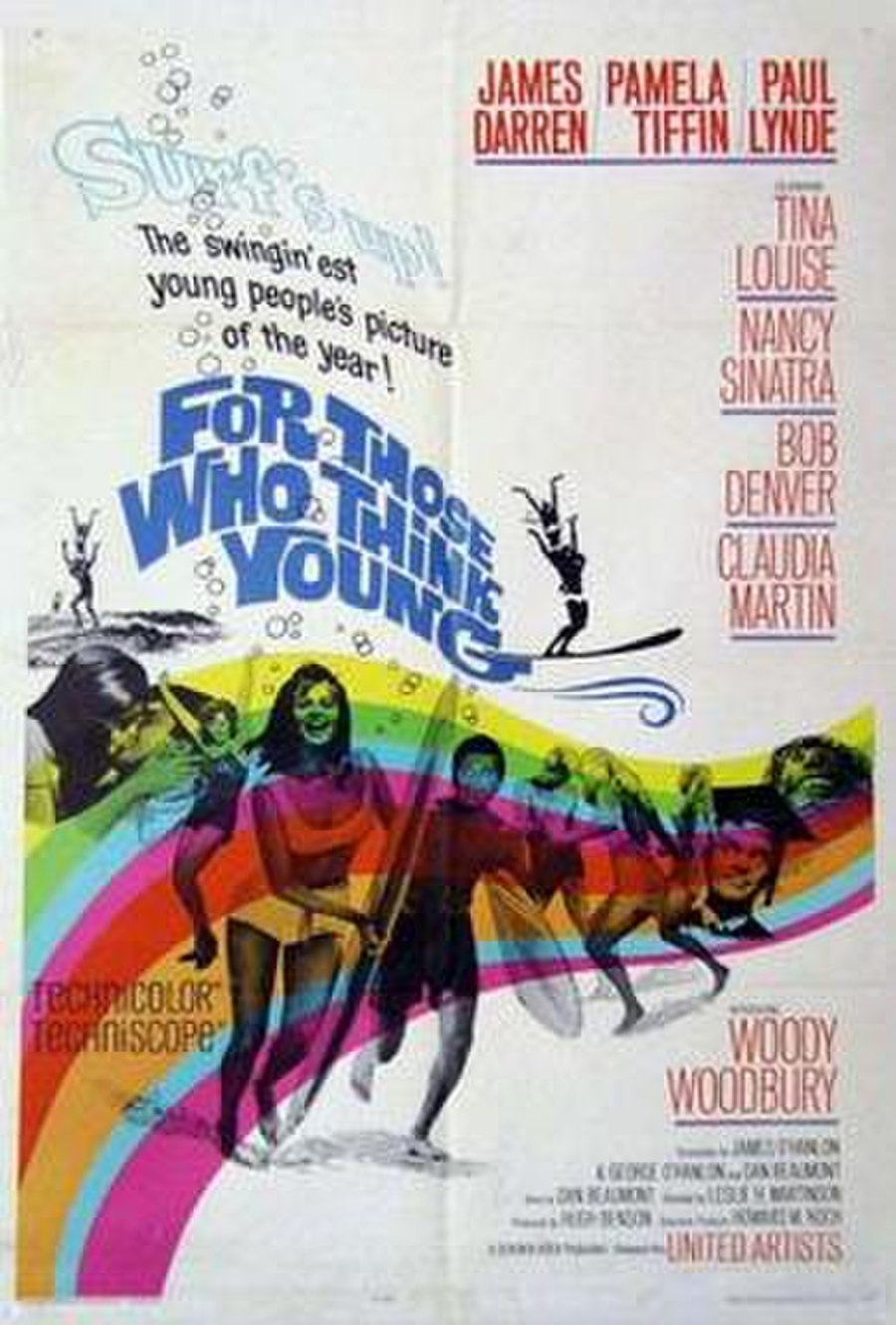 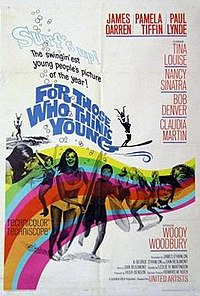 For Those Who Think Young 1964

Rich kid and party animal Gardner Pruitt III (James Darren), known as "Ding" to his friends, is on the prowl for a new conquest in the form of teenager Sandy Palmer (Pamela Tiffin). In the meantime, Ding's influential grandfather, B.S. Cronin (Robert Middleton) wants to curtail the romance and shut down a popular local college teen hangout.