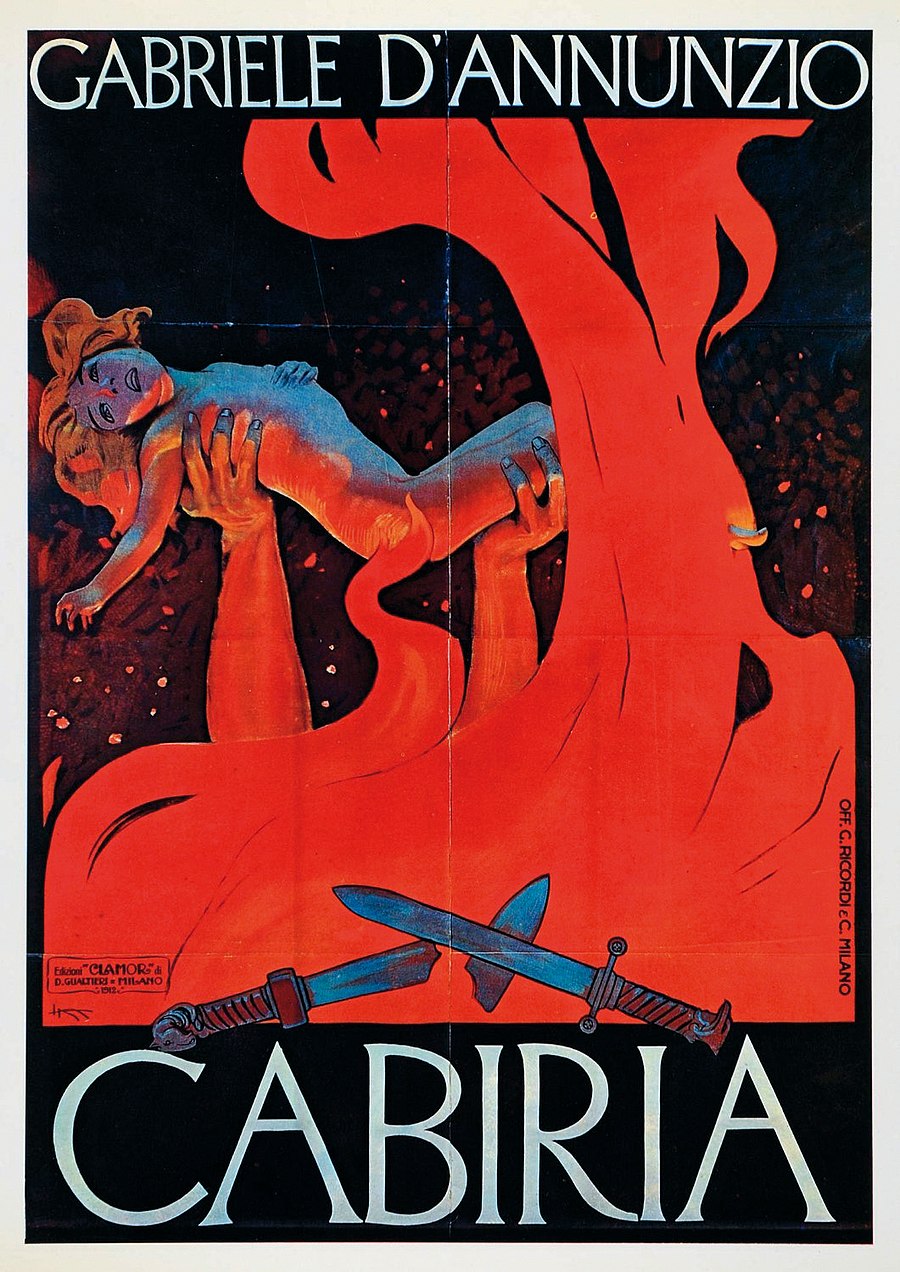 Cabiria is a 1914 Italian epic silent film, directed by Giovanni Pastrone and shot in Turin. The film is set in ancient Sicily, Carthage, and Cirta during the period of the Second Punic War (218–202 BC). It follows a melodramatic main plot about an abducted little girl, Cabiria, and features an eruption of Mount Etna, heinous religious rituals in Carthage, the alpine trek of Hannibal, Archimedes' defeat of the Roman fleet at the Siege of Syracuse and Scipio maneuvering in North Africa. Apart from being a classic on its own terms, the film is also notable for being the first film in which the long-running film character Maciste makes his debut. According to Martin Scorsese, in this work Pastrone invented the epic movie and deserves credit for many of the innovations often attributed to D.W. Griffith and Cecil B. DeMille. Among those was the extensive use of a moving camera, thus freeing the feature-length narrative film from "static gaze".

Batto and his young daughter, Cabiria, live in a lavish estate in the shadow of Mount Etna, at Catana, on the island of Sicily. Cabiria plays with dolls with her nurse, Croessa. When the volcanic Etna erupts violently, Batto prays to the god Pluto for deliverance but receives only a brief respite before his home and gardens are destroyed. While attempting to escape, servants discover a secret stairway leading underground. Taking advantage of the chaos and plundering Batto's hidden underground treasure, the servants, along with Croessa and Cabiria, flee to the countryside. Batto and his wife mourn the loss of Cabiria, as they believe her to be buried beneath the rubble.