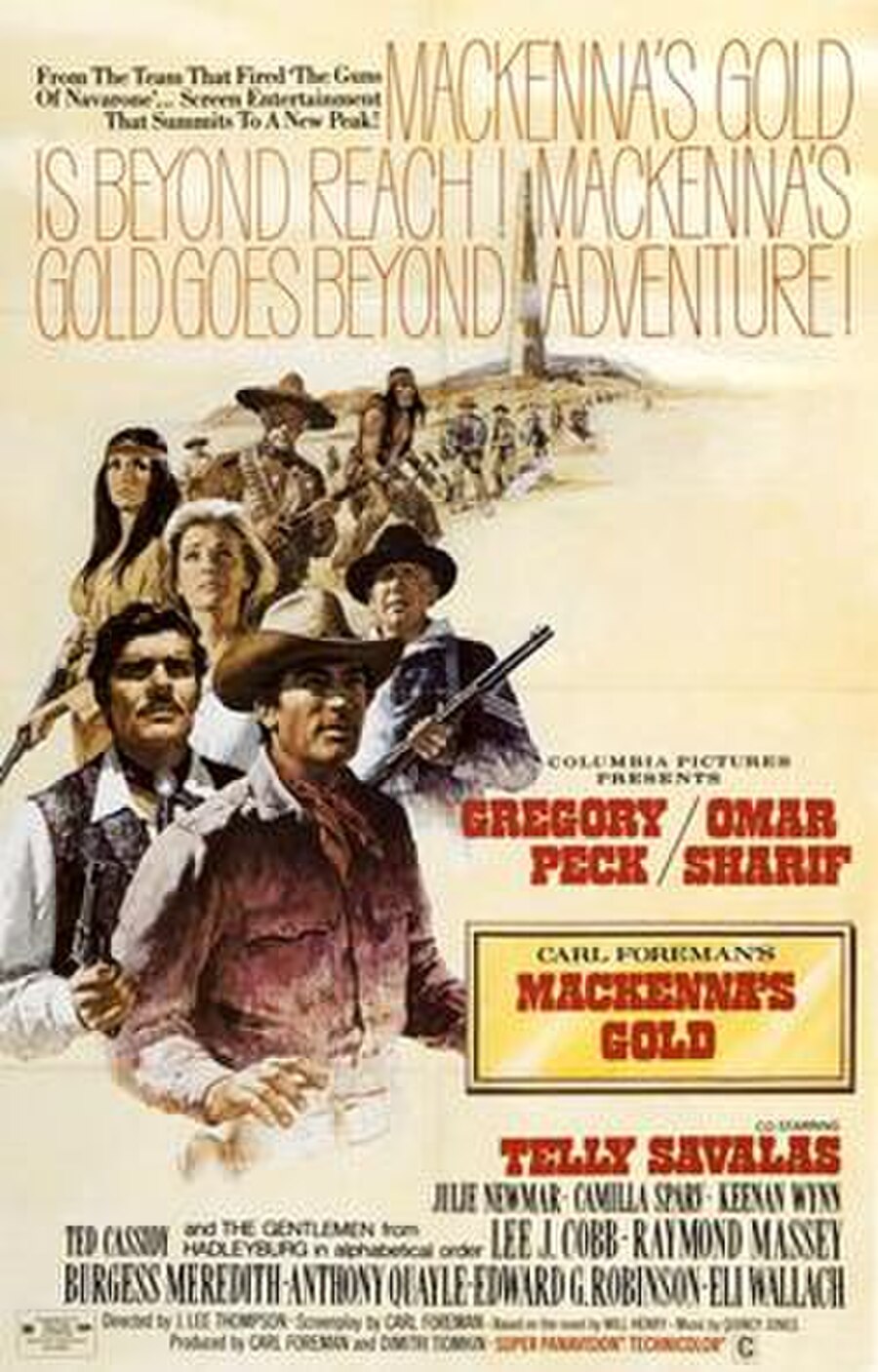 An old legend tells of a fortune in gold hidden in the "Cañon del Oro", later called "The Lost Adams", guarded by the Apache spirits. A man named Adams is said to have found it when he was young, only to have the Indians capture and blind him and kill his companions. Years later, Marshal MacKenna (Gregory Peck), a one-time gold prospector himself, wounds an old Indian shaman named Prairie Dog (Eduardo Ciannelli) who tried to ambush him. Prairie Dog subsequently dies despite MacKenna's attending to him. MacKenna thereby comes into possession of a map that supposedly shows the way to the treasure. Though sceptical, he memorises the directions before burning the map.