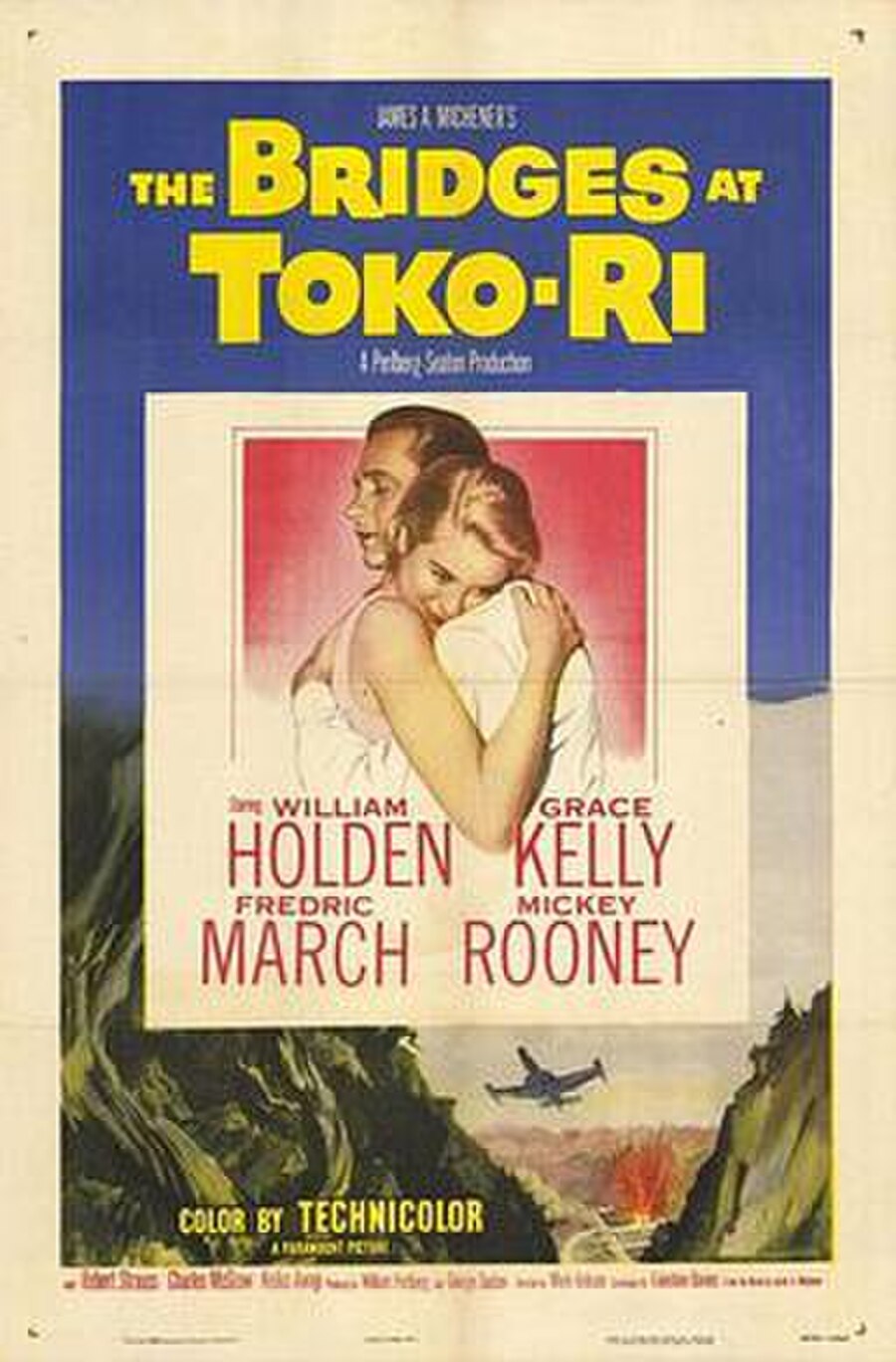 The Bridges at Toko-Ri is a 1954 American war film about the Korean War and stars William Holden, Grace Kelly, Fredric March, Mickey Rooney, and Robert Strauss. The film, which was directed by Mark Robson, was produced by Paramount Pictures. Dennis Weaver and Earl Holliman make early screen appearances in the motion picture.

U.S. Navy Lieutenant Harry Brubaker is a Naval Reserve officer and Naval Aviator who was called back to active duty from his civilian profession as an attorney to fly fighter-bombers in the Korean War. Returning from a mission with battle damage, he is forced to ditch into the sea and is rescued by a Sikorsky HO3S-1 manned by Chief Petty Officer (NAP) Mike Forney and Airman (NAC) Nestor Gamidge.