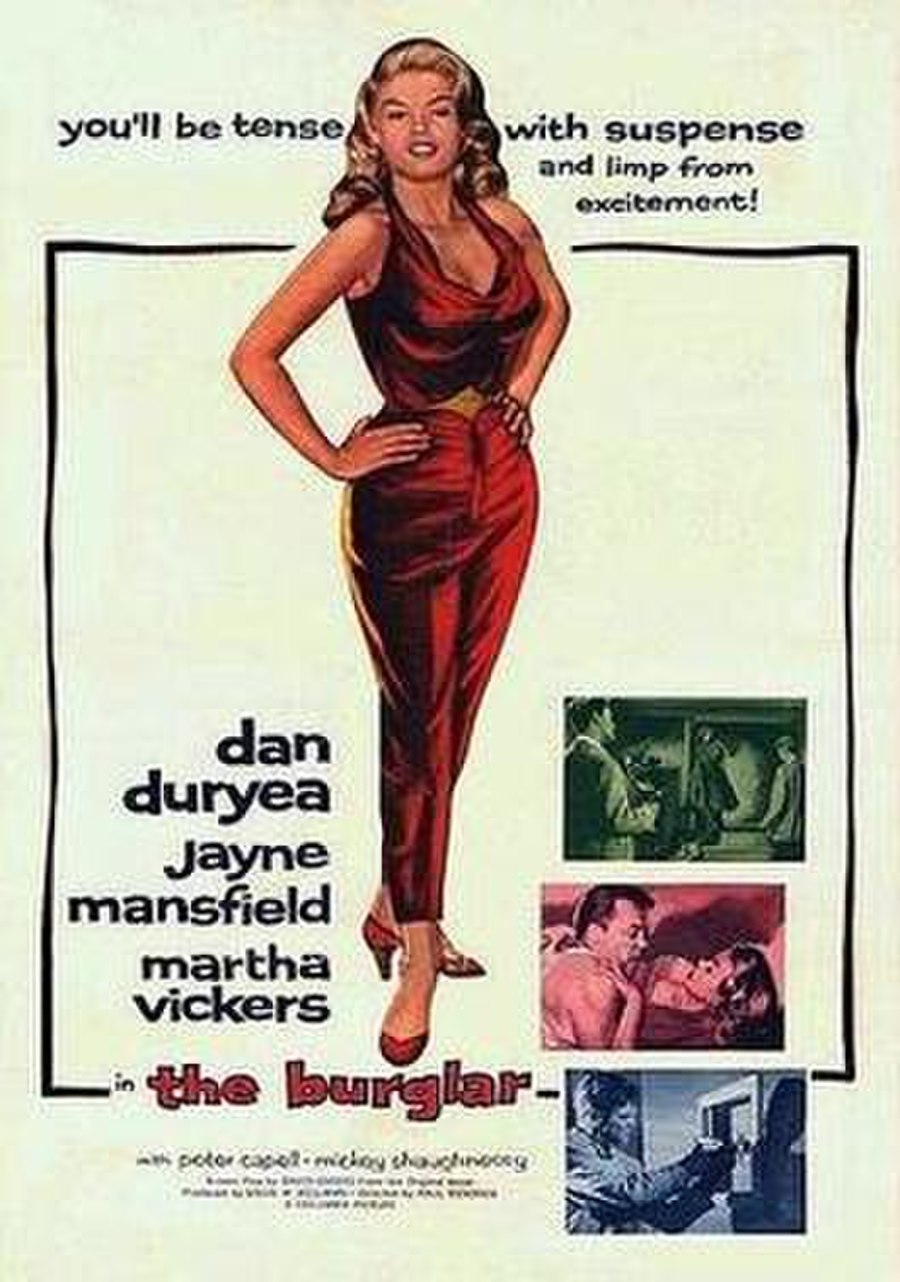 The Burglar is a 1957 crime thriller film noir released by Columbia Pictures, based on the 1953 novel of the same name by David Goodis (who also wrote the script). The picture stars Dan Duryea in the titular role and Jayne Mansfield. The movie was directed by Paul Wendkos, who would later go on to helm the pilot for the original Hawaii Five-O TV series.

Professional burglar Nat Harbin (Dan Duryea) and his two associates, Baylock (Peter Capell) and Dohmer (Mickey Shaughnessy), set their sights on wealthy spiritualist Sister Sarah (Phoebe Mackay), who has inherited a fortune—including a renowned emerald necklace—from a Philadelphia financier. Using Nat's female ward, Gladden (Jayne Mansfield), to pose as an admirer and case the mansion where the woman lives, they set up what looks like a perfect break-in; even when Nat's car is spotted by a couple of cops, he bluffs his way through, gets the necklace, and makes the getaway. But the trio—plus Gladden—can't agree on how to dispose of the necklace, and soon their bickering becomes a lot less important than the fact that someone is on to what they've done—a woman (Martha Vickers) is working on Nat, while a man (Stewart Bradley) is working on Gladden. Equally serious, the trio kills a New Jersey state trooper while on their way to warn her. And among the cops chasing them is one with larceny in his heart and murder on his mind.