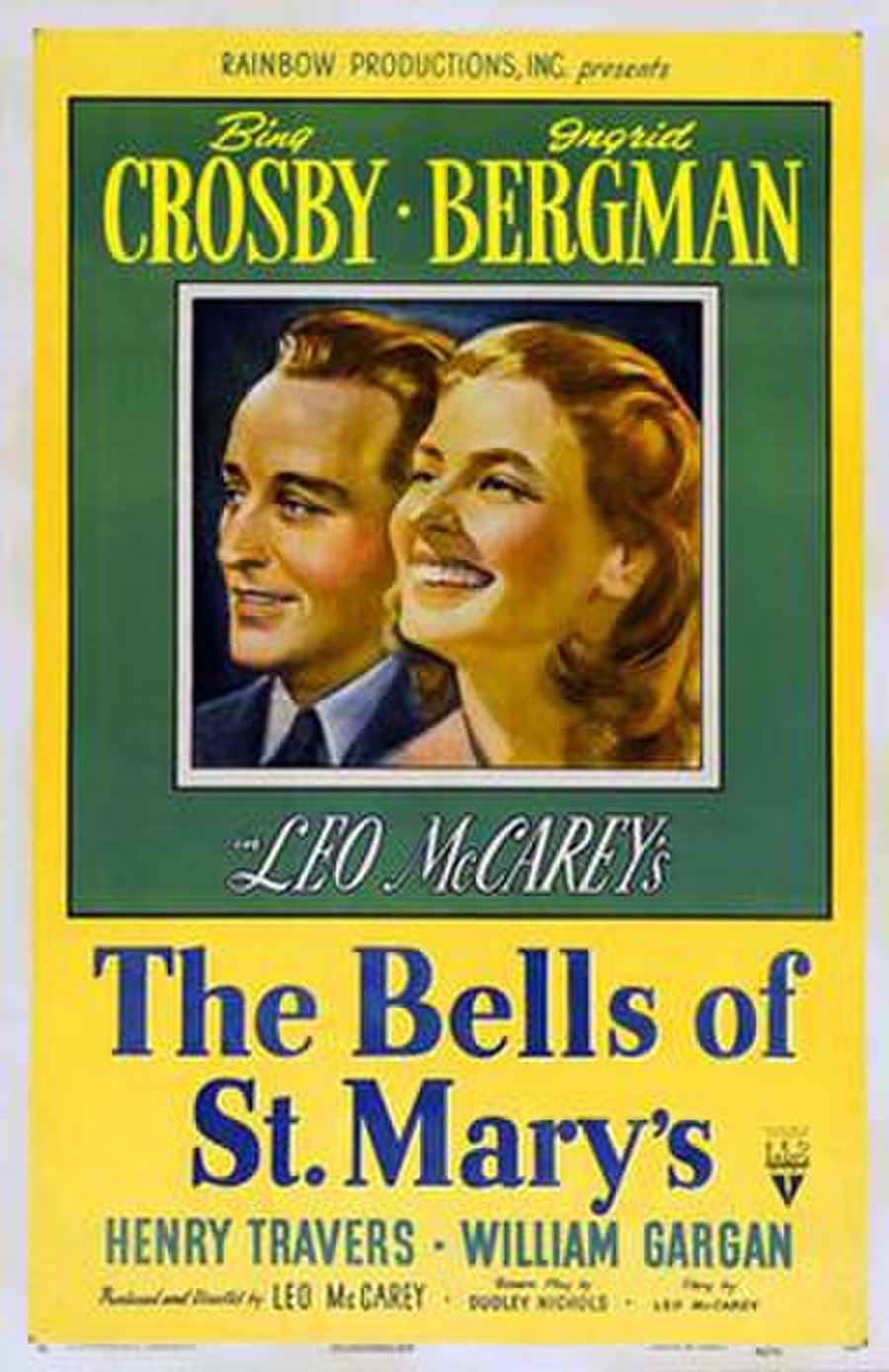 The Bells of St. Mary's (1945) is an American musical comedy-drama film, produced and directed by Leo McCarey and starring Bing Crosby and Ingrid Bergman. Written by Dudley Nichols and based on a story by McCarey, the film is about a priest and a nun who, despite their good-natured rivalry, try to save their school from being shut down. The character Father O'Malley had been previously portrayed by Crosby in the 1944 film Going My Way, for which he won the Academy Award for Best Actor. The film was produced by Leo McCarey's production company, Rainbow Productions.

The unconventional Father Charles "Chuck" O'Malley (Bing Crosby) is assigned to St. Mary's parish, which includes a run-down inner-city school building on the verge of being condemned. O'Malley is to recommend whether or not the school should be closed and the children sent to another school with modern facilities; but the sisters feel that God will provide for them.