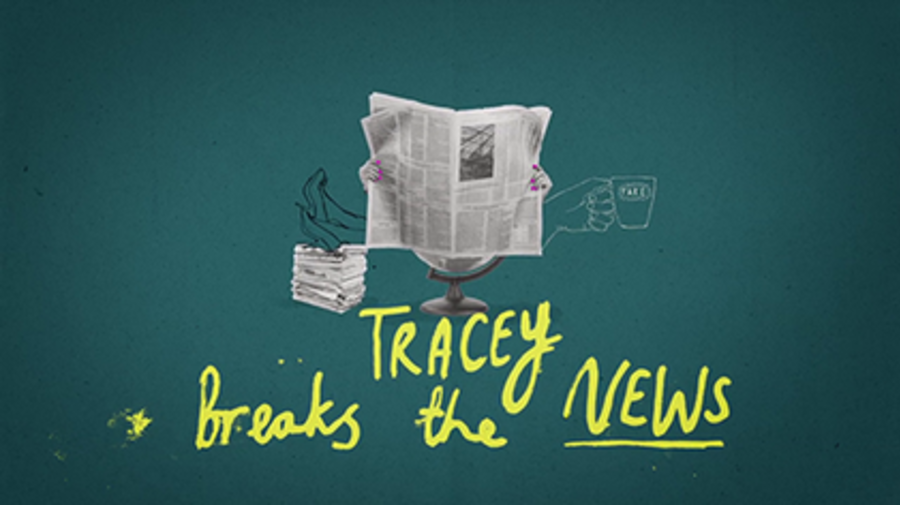 Tracey Breaks the News is a British topical comedy programme starring Tracey Ullman. It premiered on BBC One on 27 October 2017 following a one-off special that aired on 23 June.

Tracey Ullman and her cast of characters sound off on domestic and global affairs.