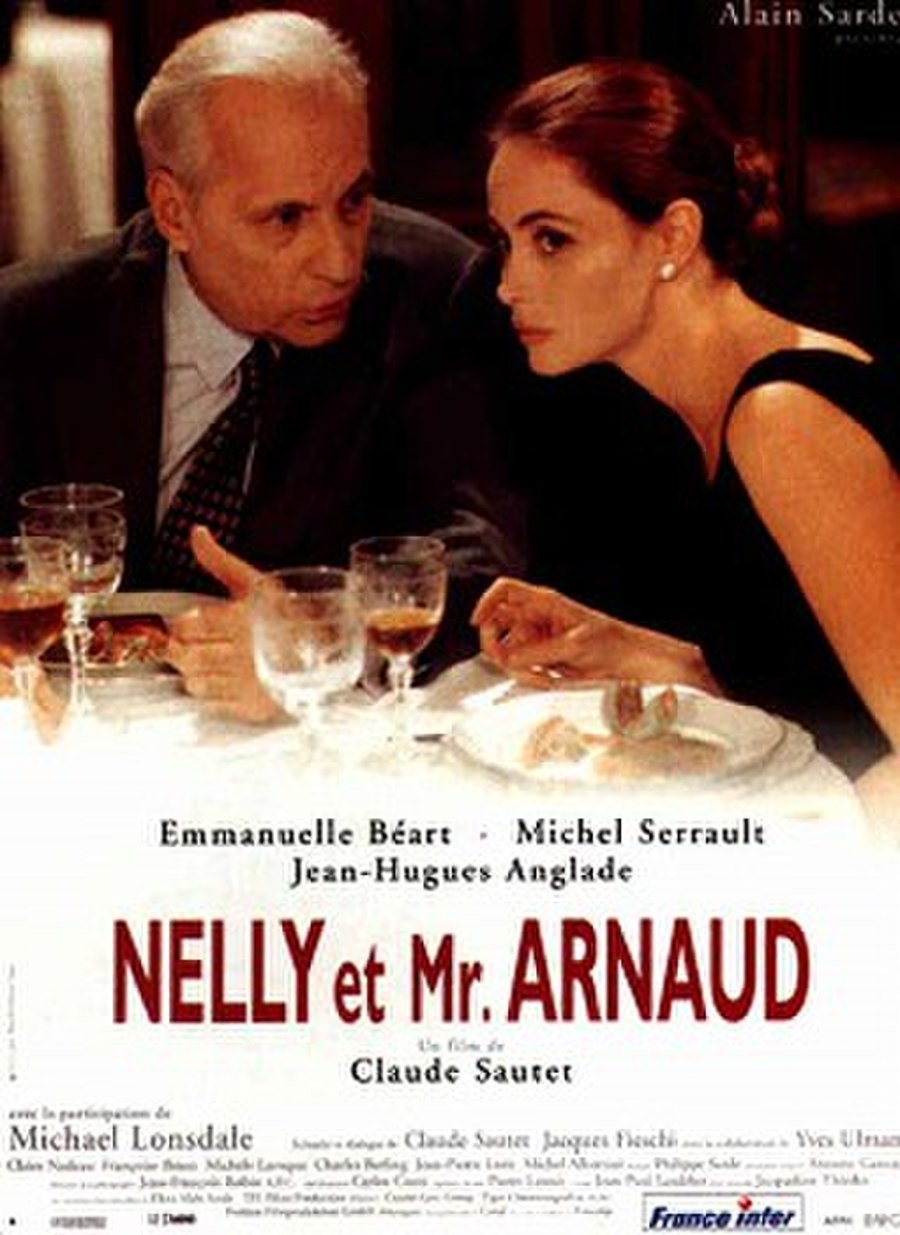 Nelly and Mr. Arnaud is a 1995 French film directed by Claude Sautet and starring Michel Serrault, Emmanuelle Béart and Jean-Hugues Anglade. It won the César Award for Best Director and Best Actor for Michel Serrault.

Nelly (Béart) is married to Jerôme (Berling), a man who is unemployed and has stopped searching for work. Nelly was made redundant from her publishing job and now just has odd jobs at a printing shop and a bakery, so has fallen six months behind on the rent for their apartment. Talking with her friend Jacqueline (Nadeau) at a coffee shop, she encounters Pierre Arnaud, a wealthy, retired businessman who had a languid affair with Jacqueline in the past and who had seen Nelly in the past at one of Jacqueline's parties. After discovering Nelly is in debt, Arnaud offers to give Nelly 30,000 francs as a gift. Nelly reluctantly accepts, pays her overdue rent and then leaves her husband and moves out.