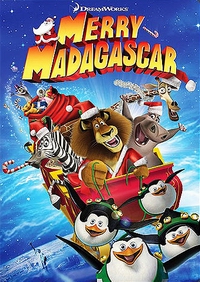 Merry Madagascar is a Christmas special first broadcast on the NBC network on November 17, 2009, which starred the characters from the film series Madagascar.

Alex, Marty, Melman, and Gloria attempt to return to New York City in a hot air balloon, but the lemur population inadvertently thwarts their escape by mistaking them for the "red night goblin" that visits annually. The "goblin" then showers the island with coals. Alex shoots it down, discovering it was actually Santa Claus throwing coal at Julien for being naughty.