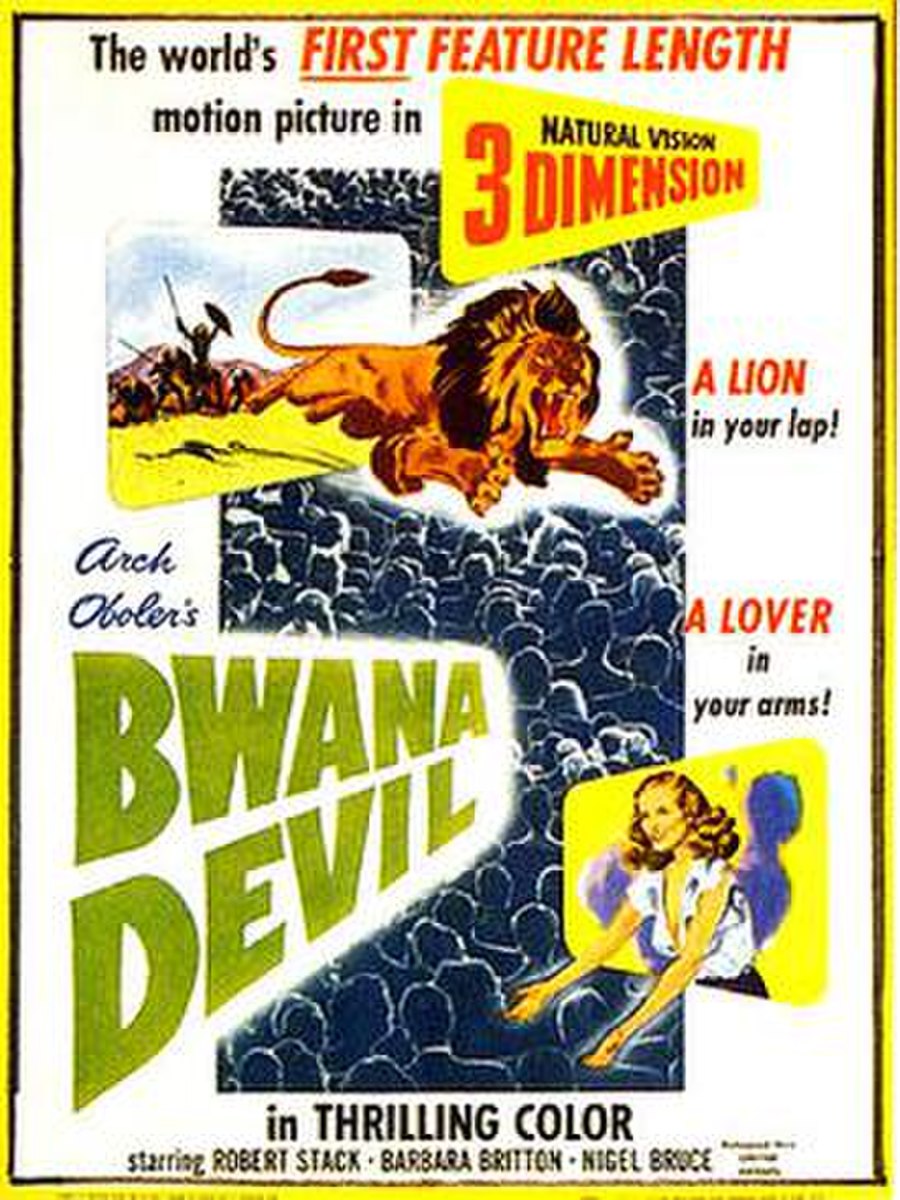 Bwana Devil is a 1952 U.S. adventure B movie written, directed, and produced by Arch Oboler, and starring Robert Stack, Barbara Britton, and Nigel Bruce. Bwana Devil is based on the true story of the Tsavo maneaters and filmed with the Natural Vision 3D system. The film is notable for sparking the first 3D film craze in the motion picture industry, as well as for being the first feature-length 3D film in color and the first 3D sound feature in English.

The film is set in British East Africa in the early 20th century. Thousands of workers are building the Uganda Railway, Africa's first railroad, and intense heat and sickness make it a formidable task. Two men in charge of the mission are Bob Hayward and Dr. Angus McLean. A pair of man-eating lions are on the loose and completely disrupt the undertaking. Hayward desperately attempts to overcome the situation, but the slaughter continues.