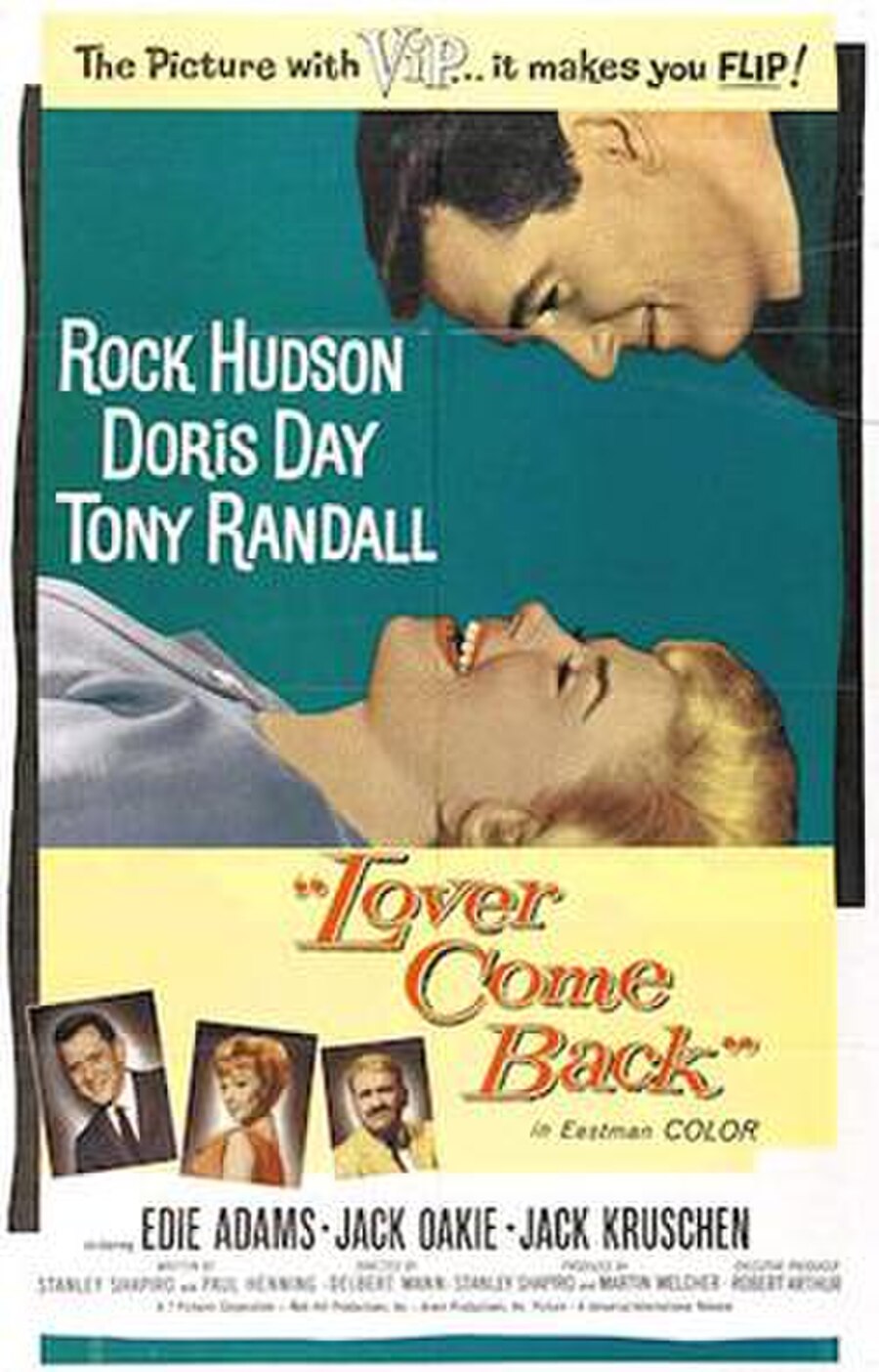 Lover Come Back is a 1961 American Eastmancolor romantic comedy film released by Universal Pictures and directed by Delbert Mann. The film stars Doris Day and Rock Hudson in their second film together. The supporting cast includes Tony Randall, Edie Adams, Ann B. Davis, and Donna Douglas.

In a New York advertising agency, Jerry Webster, a Madison Avenue ad executive, has achieved success not through hard work or intelligence but by wining and dining his clients, even setting them up on dates with attractive girls.