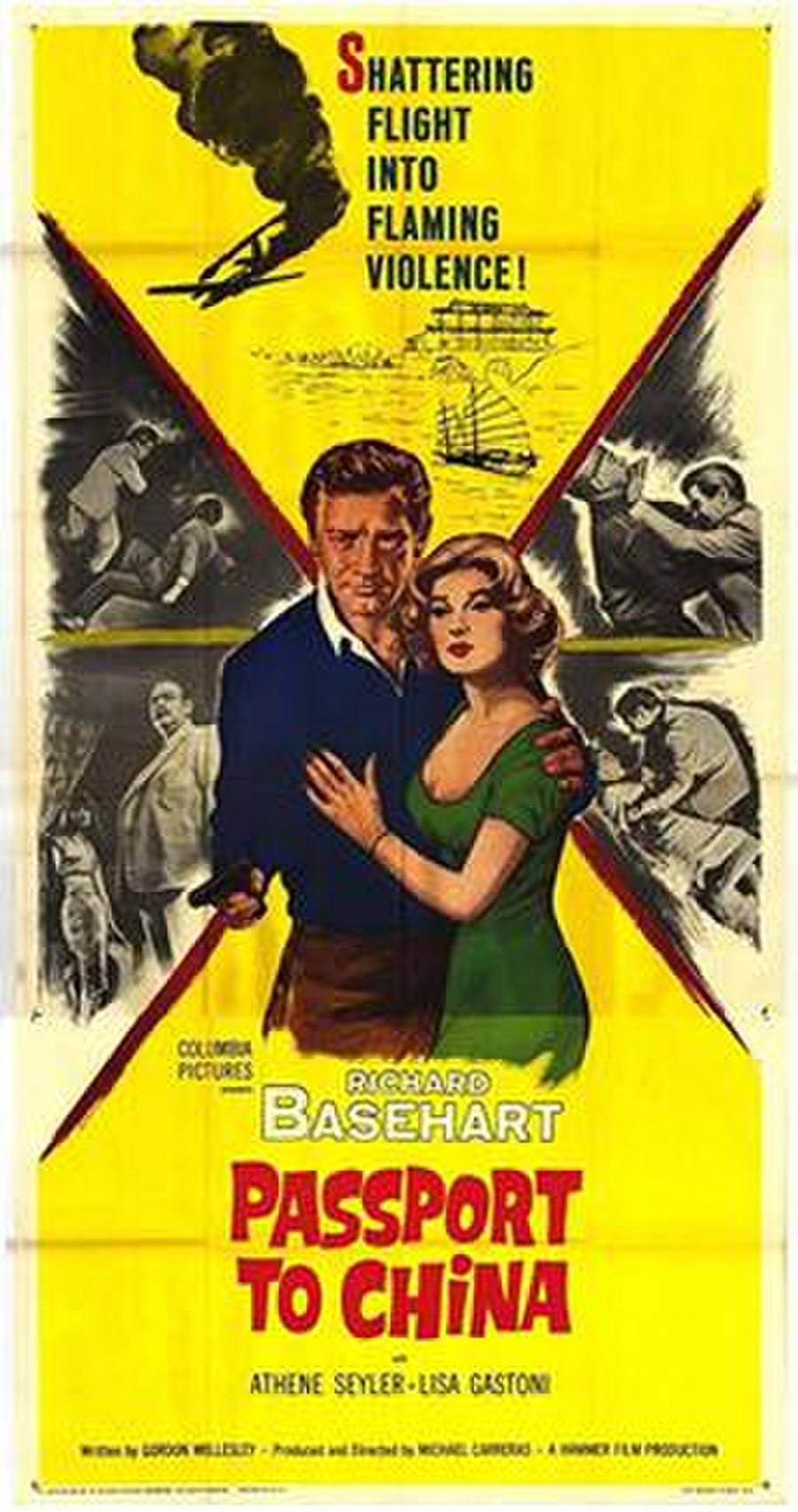 Passport to China (a.k.a. Visa to Canton) is a 1961 British spy film released by Columbia Pictures; directed by Michael Carreras and starring Richard Basehart, Lisa Gastoni, Eric Pohlmann and Bernard Cribbins. The screenplay, which concerns a pilot who tries to rescue a girl from Communist-controlled China, was based on a story by Gordon Wellesley and made by Hammer Films and Swallow Productions.