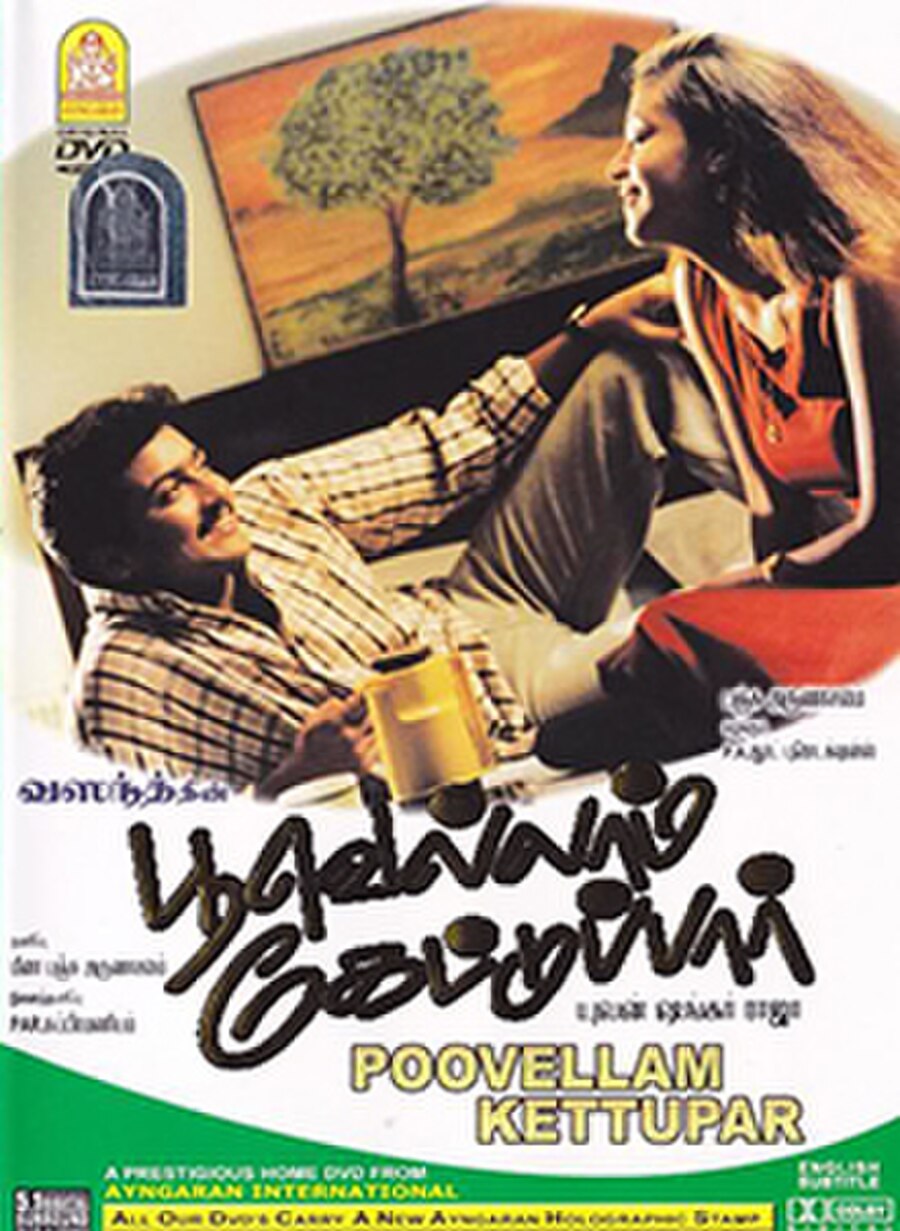 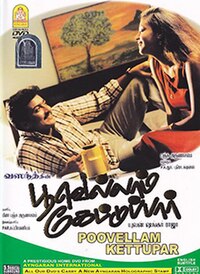 Poovellam Kettuppar ( Ask all the flowers) is a 1999 Indian Tamil-language musical romantic comedy film written and directed by Vasanth, which stars Suriya and Jyothika. The film, also starring Vijayakumar, Nassar, Vadivelu and Ambika in pivotal roles, was released on 6 August 1999.

Two music directors Bharathi (Vijayakumar) and Kannan (Nassar) used to be friends and composed music together. After Kannan has a fight with the director of their movie, Bharathi who feels embarrassed decided to split from Kannan and compose the music for the film by himself. He offers Kannan the chance to reconcile after this movie. Kannan rejects this and instead gives details about the fallout to the newspaper and Bharathi ends up losing the movie deal. A war begins and both music directors hate each other and can't even stand to hear the other's name. Bharathi is very successful while Kannan, who is basically unknown, drinks away his sorrows.