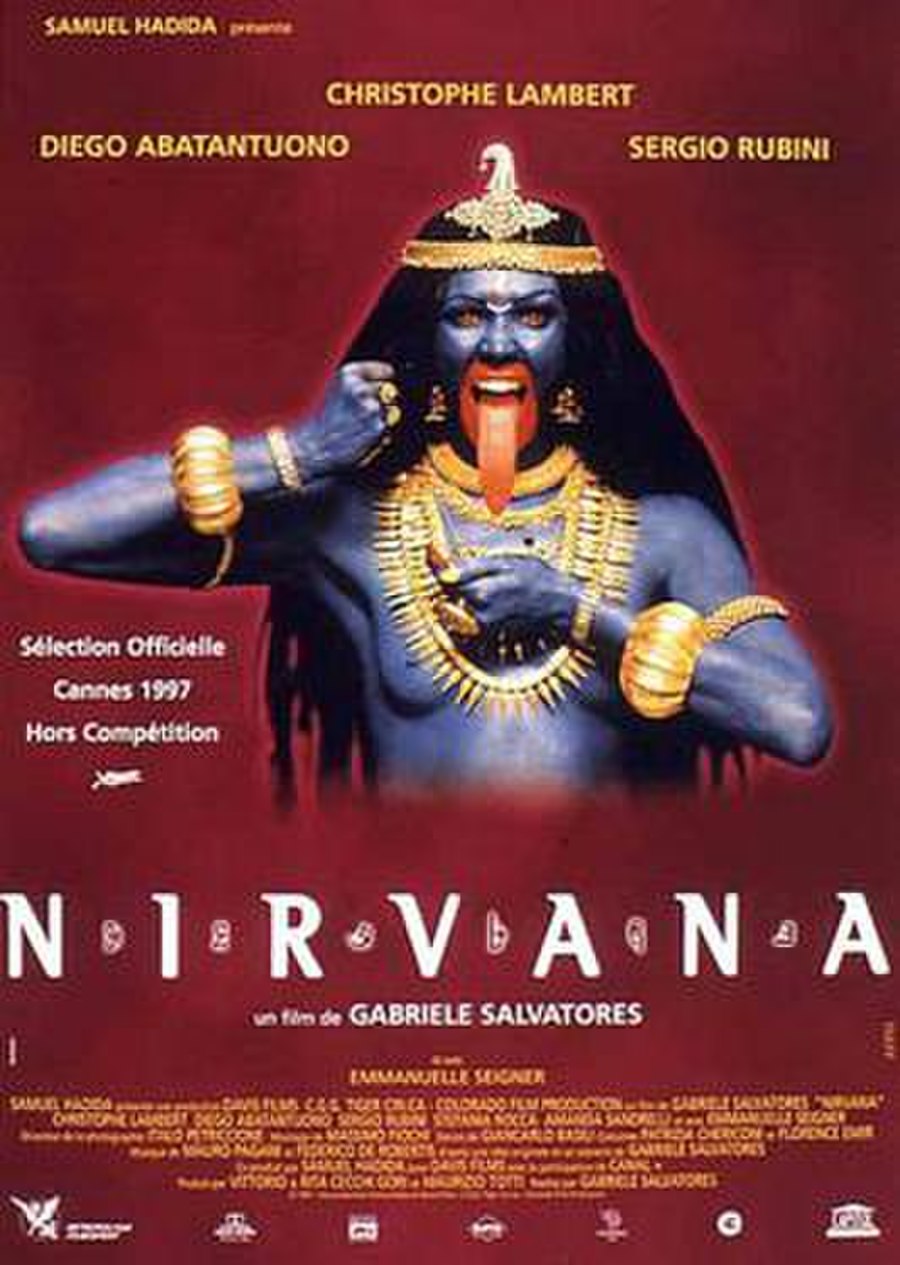 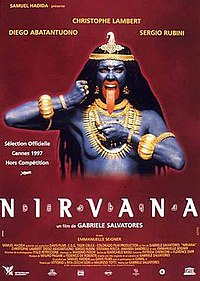 Nirvana is a 1997 Italian cyberpunk science fiction film directed by Gabriele Salvatores. The film stars Christopher Lambert, Diego Abatantuono, Sergio Rubini, and Stefania Rocca. It was screened out of competition at the 1997 Cannes Film Festival.

The film tells the story of a virtual reality game designer, Jimi (Christopher Lambert), who discovers that the main character of his game, Solo (Diego Abatantuono), has achieved sentience due to an attack by a computer virus. Asked by his creation (who feels everything the character in the game feels, including multiple deaths) to eliminate its existence, Jimi sets out to erase the game from the server of his employer, Okasama Star, before it's commercially released on Christmas Day, and thus spare Solo further suffering.