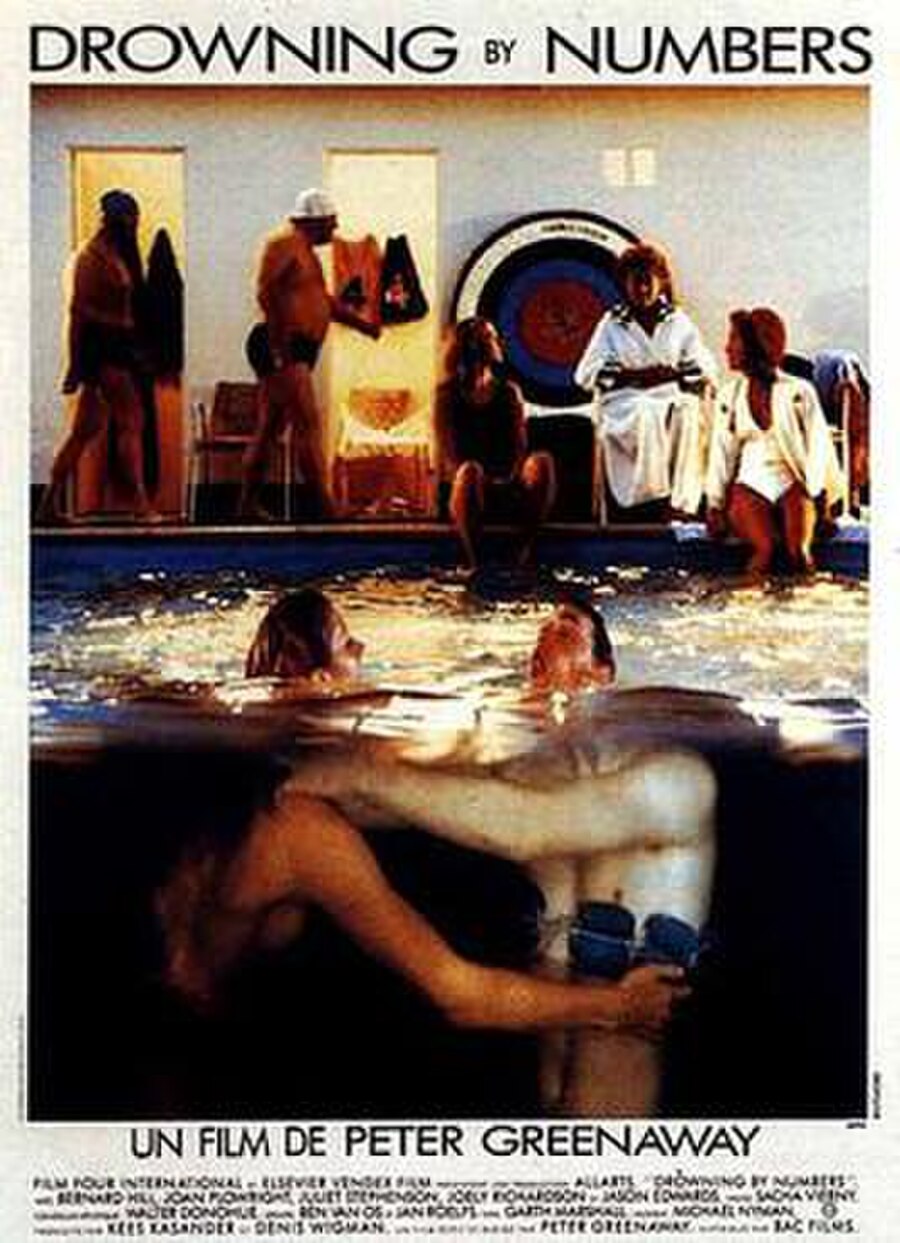 Drowning by Numbers is a 1988 British-Dutch film directed by Peter Greenaway. It won the award for Best Artistic Contribution at the Cannes Film Festival of 1988.

The film's plot centres on three married women — a grandmother, her daughter, and her niece — each named Cissie Colpitts. As the story progresses, each woman successively drowns her husband. The three Cissie Colpittses are played by Joan Plowright, Juliet Stevenson and Joely Richardson, while Bernard Hill plays the coroner, Madgett, who is cajoled into covering up the three crimes.