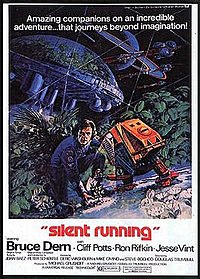 In the future, all plant life on Earth is becoming extinct. As many specimens as possible have been preserved in a series of enormous, greenhouse-like geodesic domes, attached to a large spaceship named Valley Forge, forming part of a fleet of American Airlines space freighters, currently just outside the orbit of Saturn.