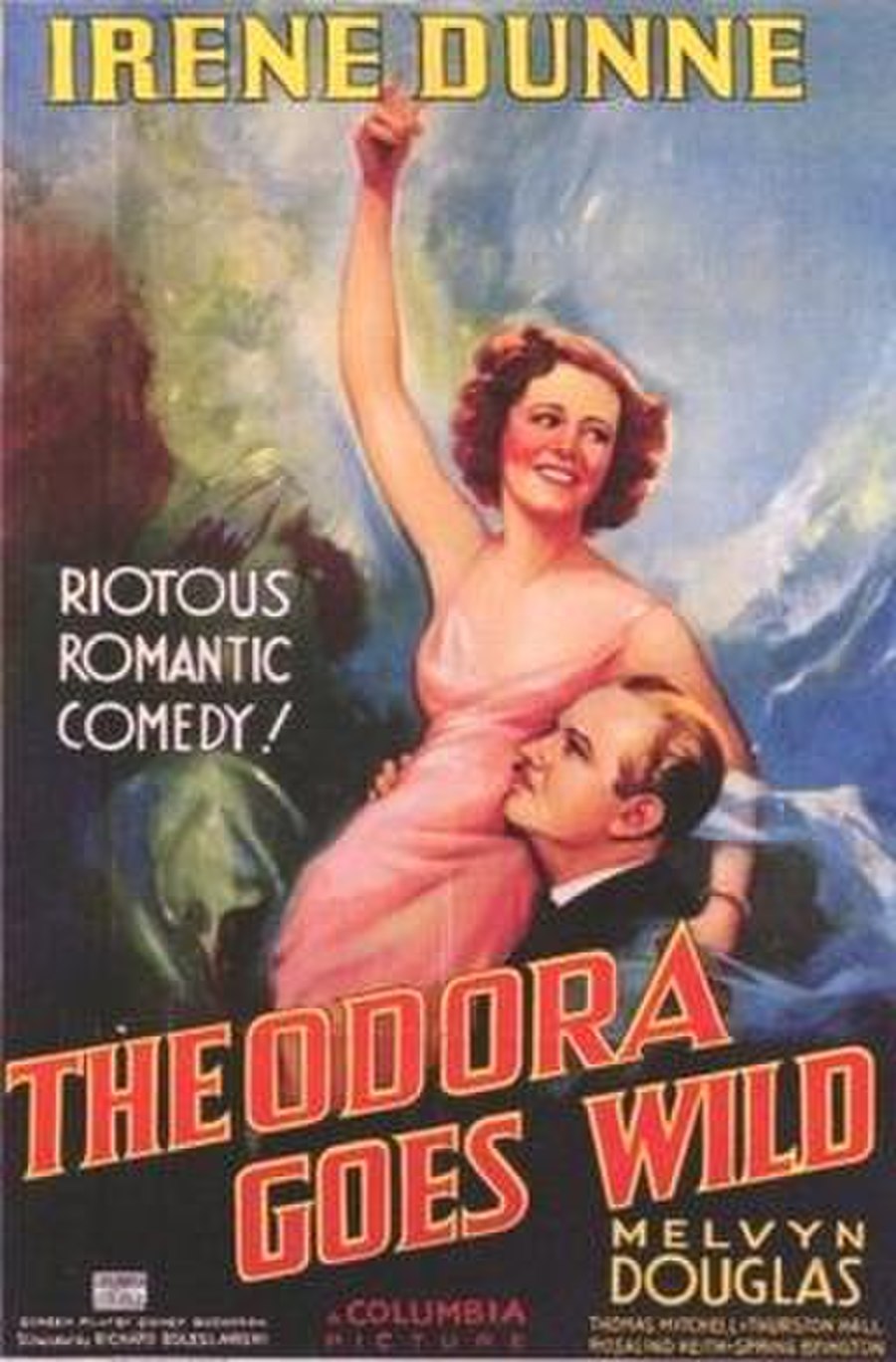 Theodora Goes Wild is a 1936 American screwball comedy film that tells the story of the residents in a small town who are incensed by a risqué novel, unaware that the book was written under a pseudonym by a member of the town's leading family. It stars Irene Dunne and Melvyn Douglas and was directed by Richard Boleslawski. The film was written by Mary McCarthy and Sidney Buchman. It was nominated for Academy Awards for Best Actress in a Leading Role for Irene Dunne and Best Film Editing.

Theodora Lynn (Irene Dunne) is a Sunday school teacher and former church organist in Lynnfield, Connecticut, raised by two spinster aunts, Mary (Elisabeth Risdon) and Elsie Lynn (Margaret McWade). She also happens to be, under the pen name Caroline Adams, the secret author of a sensational bestselling book replete with sexual innuendo that has the straight-laced all-female Lynnfield Literary Circle in an uproar. The book is serialized in the local newspaper, and the Literary Circle, led by outraged busybody Rebecca Perry (Spring Byington), forces the newspaper's owner Jed Waterbury (Thomas Mitchell) to stop printing the salacious installments.