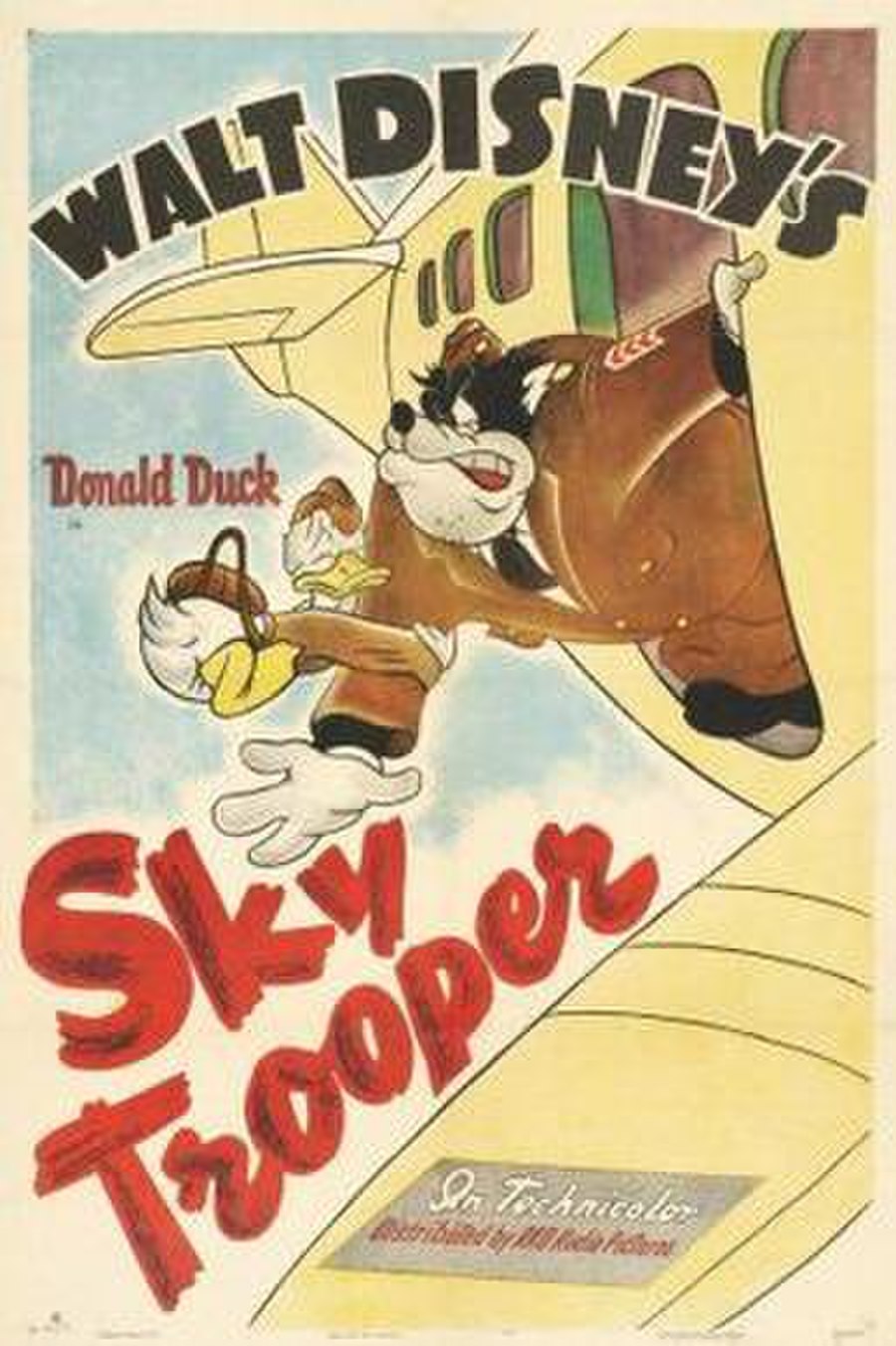 Sky Trooper is a 1942 animated cartoon by Walt Disney Studios starring Donald Duck during the World War II years. It was directed by Jack King based on a script by Carl Barks.

Donald Duck is in trouble and is peeling potatoes. He wants desperately to fly, so he cuts a potato to look like an airplane. He threw it, and it caught Sergeant Black Pete's cap and brought it back to Donald, like a boomerang. Donald cuts it, thinking that it is a potato. When the sergeant comes in, he finds his cap cut in airplane shapes and found out about Donald's ambition to fly. Donald is forced to peel tons more potatoes, but is promised the opportunity to fly after he cuts them all. After cutting all the potatoes, Donald reports to the Flight Sergeant's office and manages to fail all the equilibrium-finding exercises that the Sergeant comes up with, and when the Sergeant told him to "pin the tail on that airplane", Donald obliges after walking on the outside ledge of the building (on the third floor), knocking over a huge vase. Donald made his way back in, sticking the pin on the startled Sergeant, who falls all three stories.