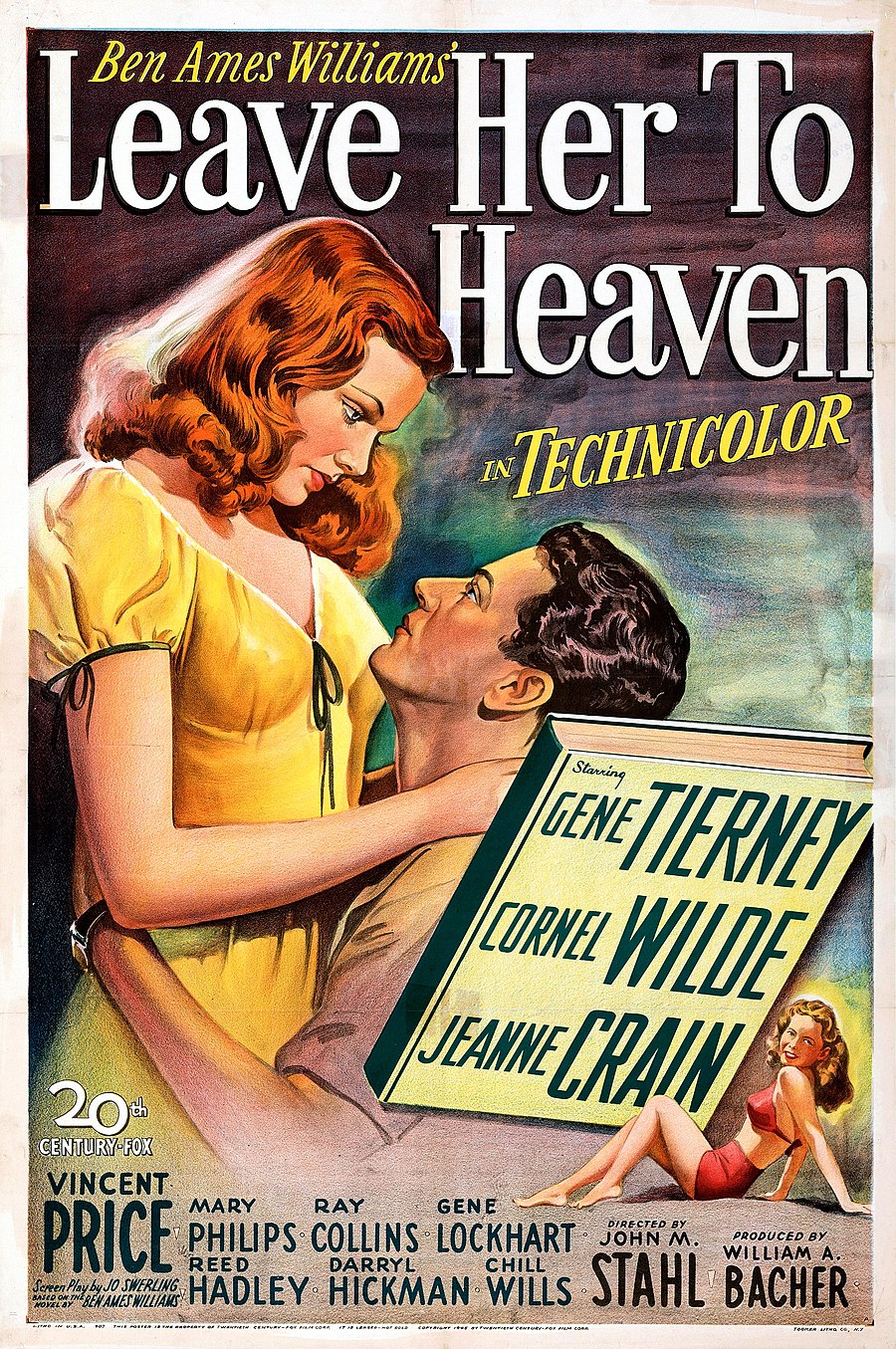 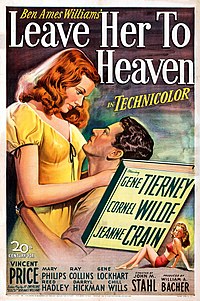 Leave Her to Heaven is a 1945 American psychological thriller film noir directed by John M. Stahl and starring Gene Tierney, Cornel Wilde, Jeanne Crain, and Vincent Price. It follows a socialite who marries a prominent novelist, which spurs a violent, obsessive, and dangerous jealousy in her. It is based on the 1944 novel of same name by Ben Ames Williams, adapted by screenwriter Jo Swerling.

While traveling by train in New Mexico, novelist Richard Harland meets Ellen Berent, a beautiful socialite from Boston. Ellen is particularly drawn to Richard, as he reminds her of her deceased father, to whom she had an obsessive attachment. Ellen is visiting New Mexico to spread her father's ashes, accompanied by her aloof mother and her cousin Ruth, who was adopted by the Berents and whom Ellen considers a sister. Richard and Ellen discover they are vacationing at the same luxurious desert resort, and begin a whirlwind romance. Richard is fascinated by Ellen's exotic beauty and intense personality. The couple's affair is interrupted when Ellen's fiancé, attorney Russell Quinton, whom she is separated from, arrives at the resort unexpectedly. Ellen announces at that time that she and Richard are to be married, to Richard's surprise.