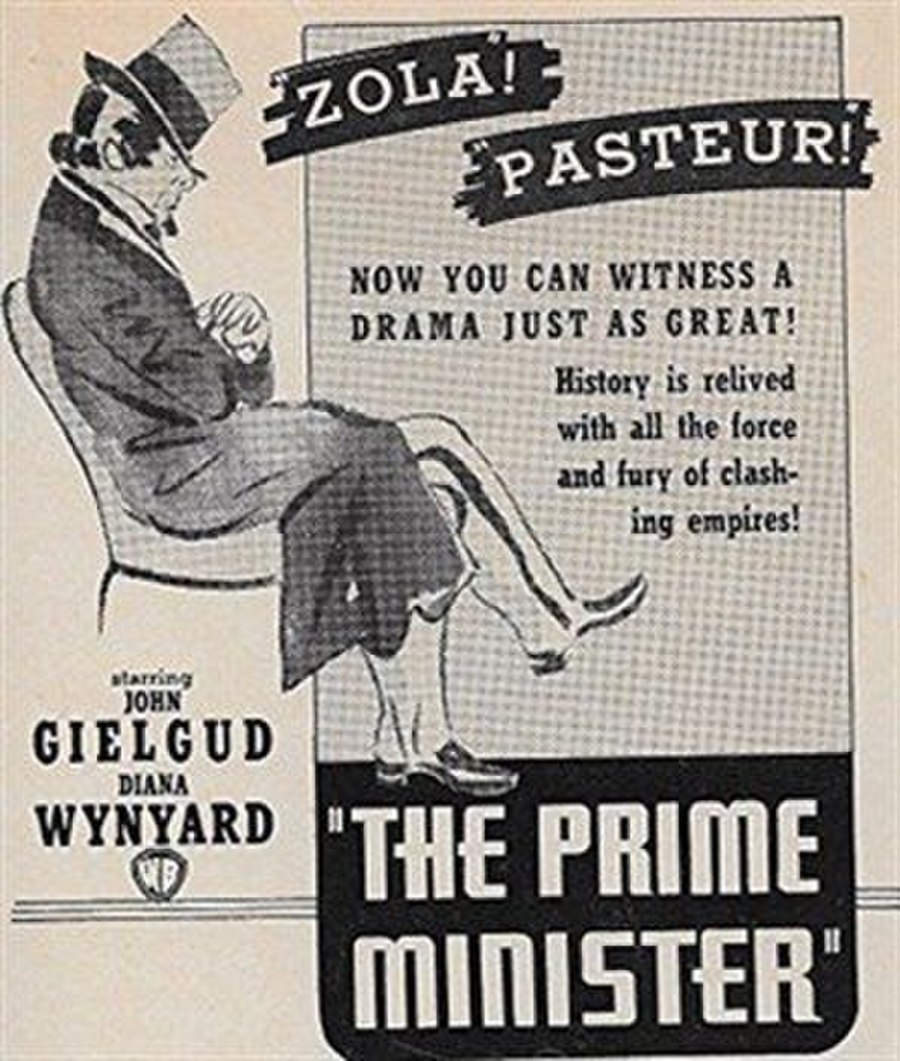 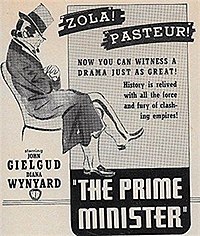 The film is not a remake of the 1929 film Disraeli, which depicted only one incident late in Disraeli's career. Instead, The Prime Minister is an episodic biography of Disraeli from his early career as a novelist through his political triumphs as an elder statesman. The film is almost a hagiography, depicting Disraeli as a lifelong social reformer and a Tory democrat dedicated to "England" and to "democracy". TCM.com describes the film this way