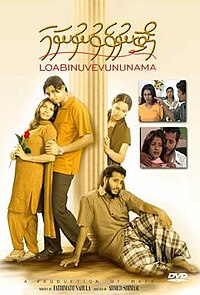 Lahufa (Mariyam Nisha), a vulnerable woman relocates herself to Male' with the help of Adam (Chilhiya Moosa Manik]] to flee from an arranged marriage to an old man by her step-mother. She was welcomed with great hospitality by Shakeel (Ahmed Shimau), a heart patient, and his sibling-like-friend, Ziyad (Yoosuf Shafeeu) who instantly falls in love with her. Shakeel's fiance, Nasma (Mariyam Nazima), a greedy woman desperately planning her marriage with Shakeel in need of money, envies Lahufa and tries to spoil her relationship with Ziyad. Soon, he departs to India for a training. One day, Lahufa accidentally drops a glass on his feet, badly cutting his leg which worsens while infection spreads. The couple had to delay their forthcoming wedding which Nasma blames on Lahufa. After several tests, the doctors inform that the injury is beyond healing and advises him to cut off his leg to stop infection from spreading further.