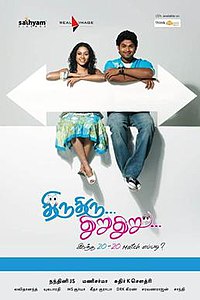 Srinivasan (Mouli) is an owner of Ad-Agency which is going on loss. To make his company stand up he expects a great project from big company Johnson and Johnson. During a meeting for project discussion Arjun (Ajmal Ameer) the art executive and a pet of Srinivasan, disappoints the clients with his mischief behaviour. To convince the clients who are reluctant to give the project to them, Srinivasan produces the ad at his own risk with his own money, on the agreement that the project will be accepted if done everything perfectly.