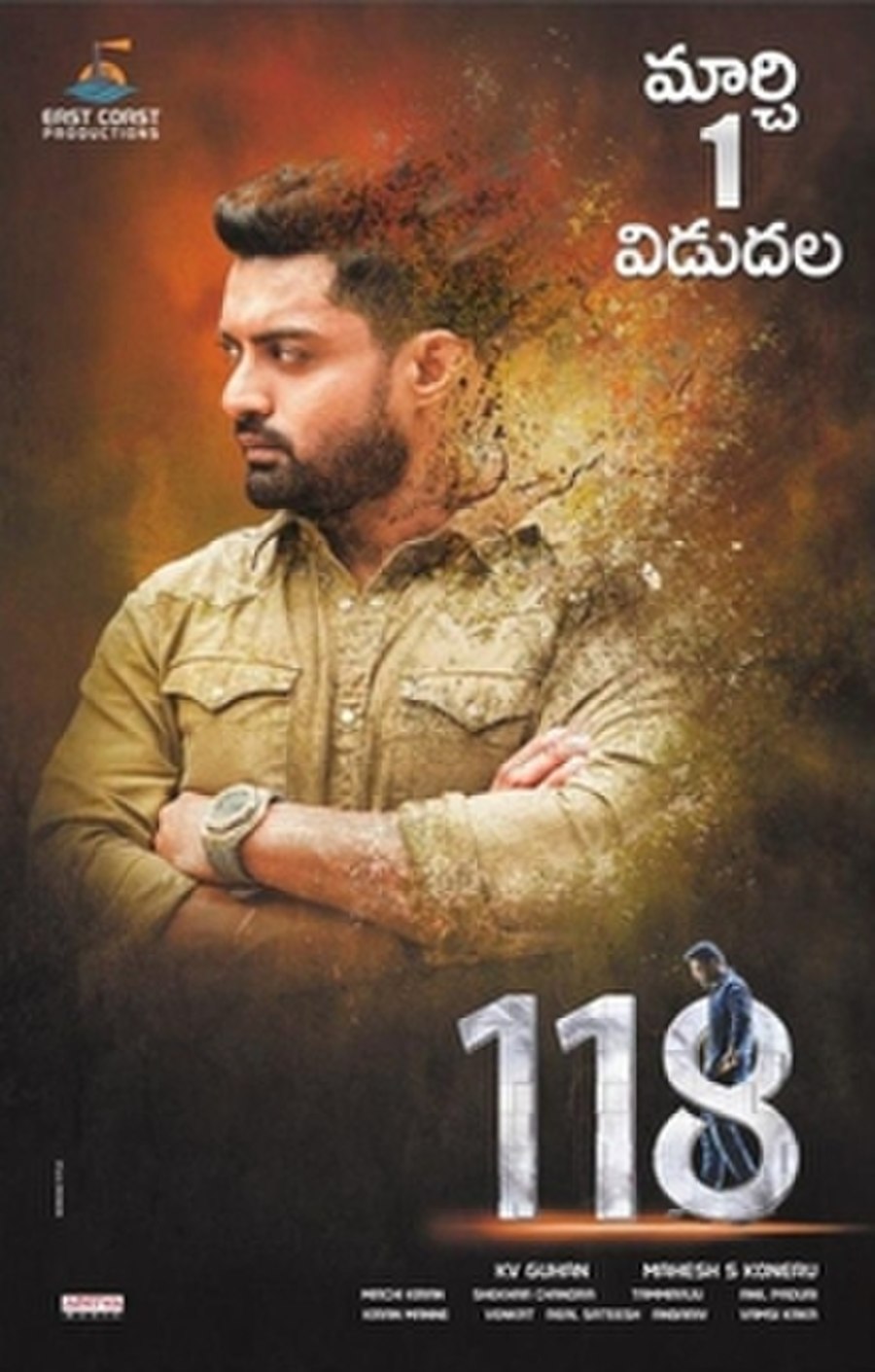 118 is a 2019 Indian Telugu-language action thriller film written and directed by cinematographer turned film director K. V. Guhan in his Tollywood directorial debut. The film features Kalyan Ram, Shalini Pandey and Nivetha Thomas in the lead roles. The music for the film is composed by Shekar Chandra, and the film is produced by Mahesh S. Koneru under the production company East Coast Production. The film follows an investigative journalist who finds himself threatened after he tries to decode a recurring nightmare involving a woman's death.

While sleeping in room number 118 of the Paradise resort, Gowtham dreams about a girl getting beaten and a car being thrown into lake. The next day, he is revealed to be an investigative journalist who stops a money laundering operation by fighting off the home minister's brother and his goons while filming everything. The minister is exposed, and Gowtham is invited to a night party at the same resort where he sleeps in room 118 again. When the dream recurs, he visits a psychiatrist named Dr. Athmaram Divakar, who advises him not to take the dream seriously. Soon, a car chase with the home minister's henchmen takes Gowtham to a road he saw in his dreams. Jumping into the nearby lake, he discovers an empty car belonging to a church. The Church Father, Francis, tells Gowtham it was driven by a woman named Esther. A strange gate symbol leads Gowtham to a shut-down printing press where he discovers missing posters of the girl in his dreams, Aadhya. He later realizes that Aadhya went missing and his dream appeared on full moon days. Believing the visitors during the other six full moon days to have had the same dream, he sets out to contact them but is contacted by Aadhya, who tells him not to look for her. He uses police help to trace the phone number and chases a van containing the phone but finds it belonging to none. Some hints from the visitors lead him to a photo of Aadhya and a girl from Venkataramana Public School whose employee named Murthy is murdered while on his way to help Gowtham.