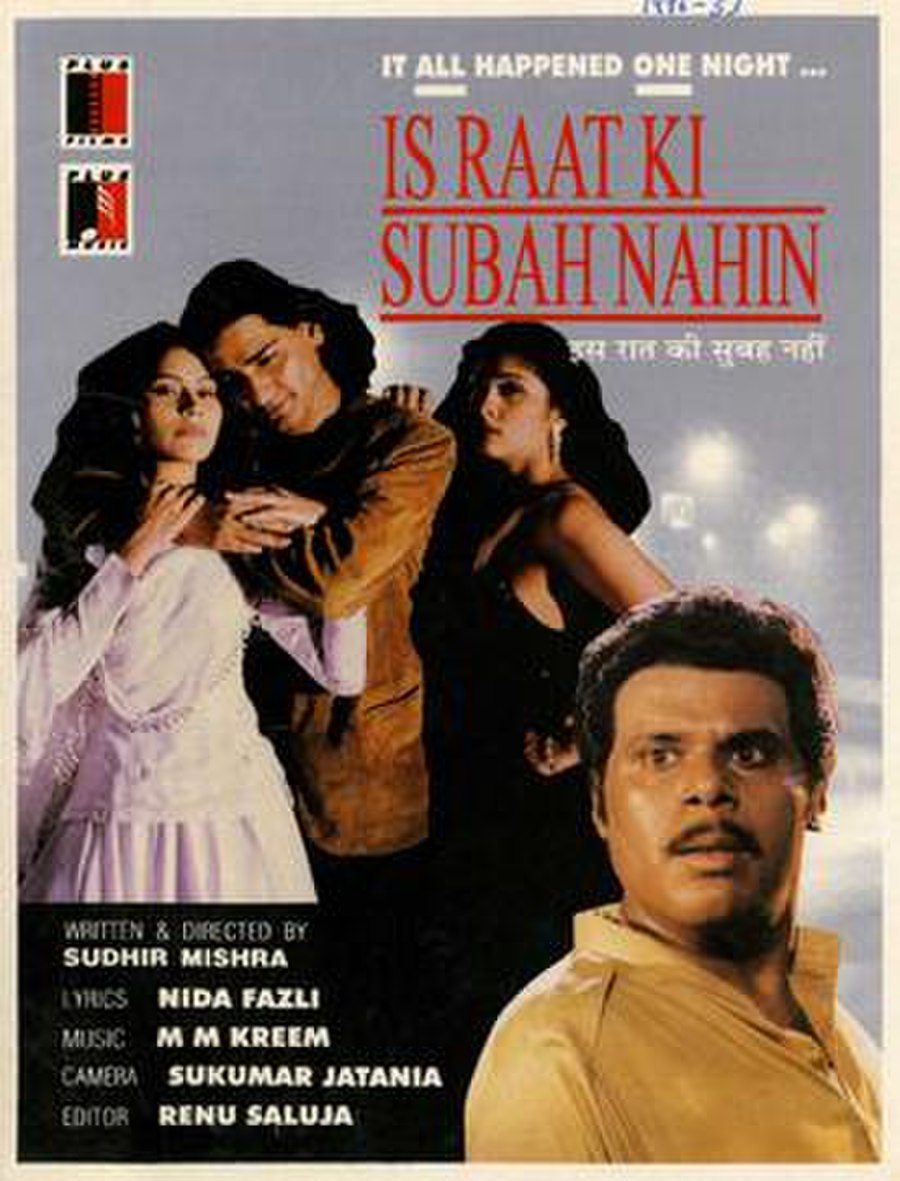 Is Raat Ki Subah Nahin is a 1996 Indian Hindi-language thriller film directed by Sudhir Mishra. The film features Tara Deshpande and Nirmal Pandey, with the entire plot taking place over a single night. The film is based on a story written by Sudhir Mishra's brother, Sudhanshu Mishra, who died in 1995.

An advertising executive, Aditya (Nirmal Pandey) has a beautiful wife (Tara Deshpande) and a beautiful mistress (Smriti Mishra). This secret affair is the catalyst for much of the plot. Adi gets into a scuffle with a bunch of gangsters led by Ramanbhai, (Ashish Vidyarthi). To add to the tension, Ramanbhai is under duress because his colleague, Vilas Pandey (Saurabh Shukla) is after his life.