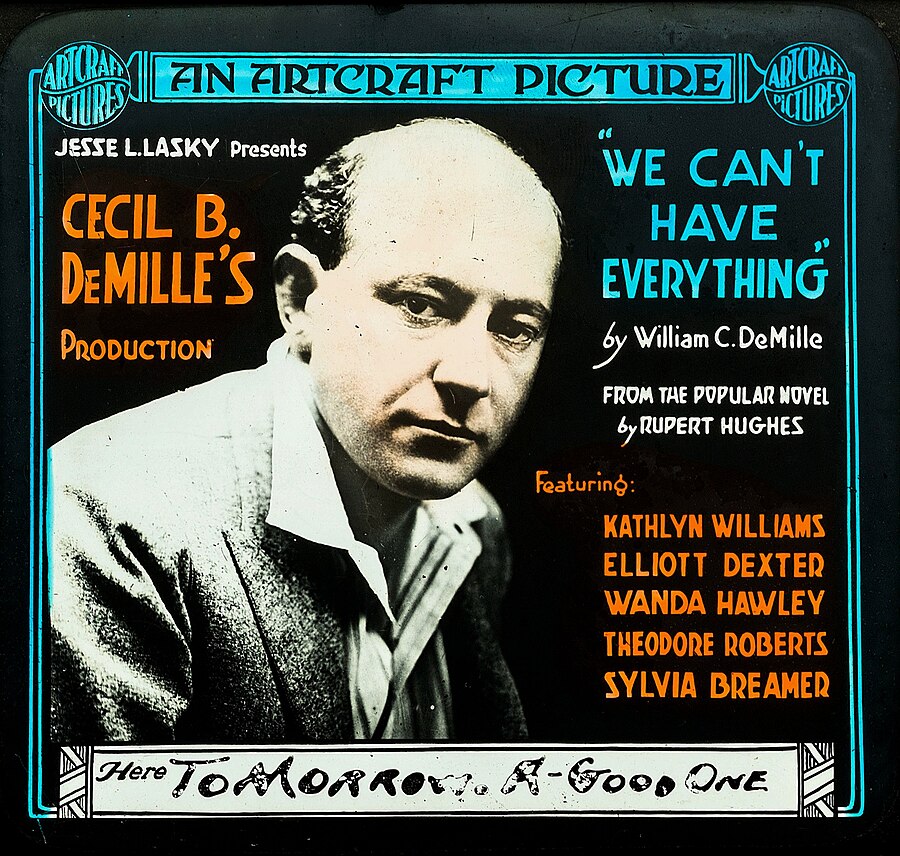 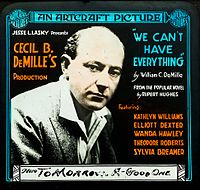 We Can't Have Everything was a 1918 American silent drama film directed and written by Cecil B. DeMille based upon a novel by Rupert Hughes. The film is considered to be lost.

As described in a film magazine, very much in love with her husband, Charity Coe Cheever (Williams) discovers that her husband is in love with Zada L'Etoile (Breamer), a popular dancer, and so she divorces him. Jim Dyckman (Dexter), who has always loved Charity since their childhood days, after finding it impossible to win Charity had married film actress Kedzie Thropp (Hawley). When Jim is free but Charity is not, Jim is very disappointed, but both decide to make the best of it. During one of Jim's absences Kedzie meets the young British airman, the Marquis Of Strathdene (Hatten), and falls very much in love with him. Out for a ride one evening, Jim and Charity are forced during a storm to remain in a roadhouse. Here is Kedzie's chance, she sues for divorce and marries her English aviator. The start of the war puts Jim in the trenches in Europe and Charity in a convalescent hospital, they meet again and love finally wins.