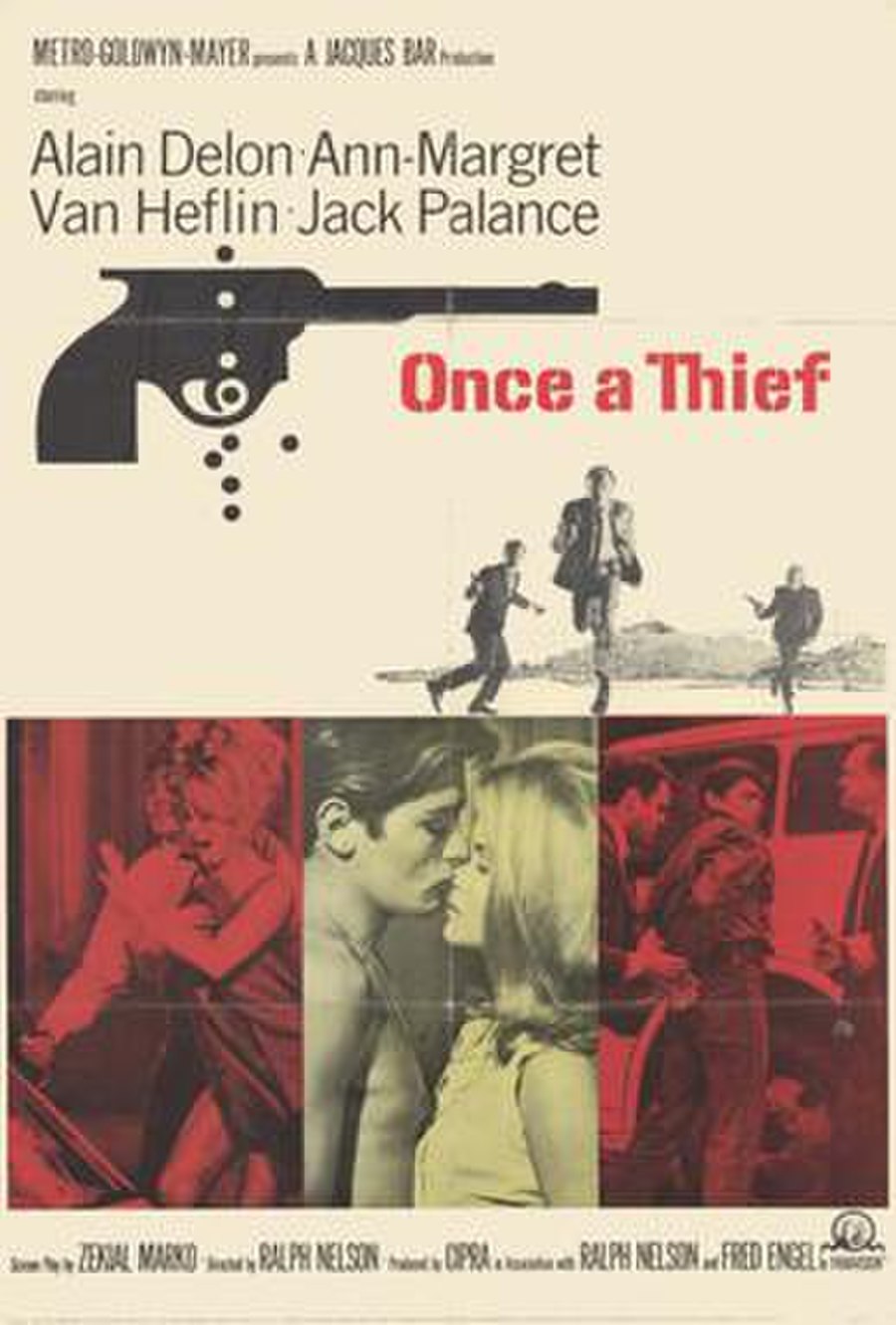 Once a Thief is a 1965 crime film directed by Ralph Nelson and starring Alain Delon, Ann-Margret, Van Heflin and Jack Palance. It was written by Zekial Marko, based on his novel.

Ex-convict Eddie Pedak (Delon) tries to lead a normal life in San Francisco with a loyal wife (Ann-Margret), a daughter and a steady job. Much to his chagrin, he also has a police detective (Heflin) and brother (Palance) complicating his life.