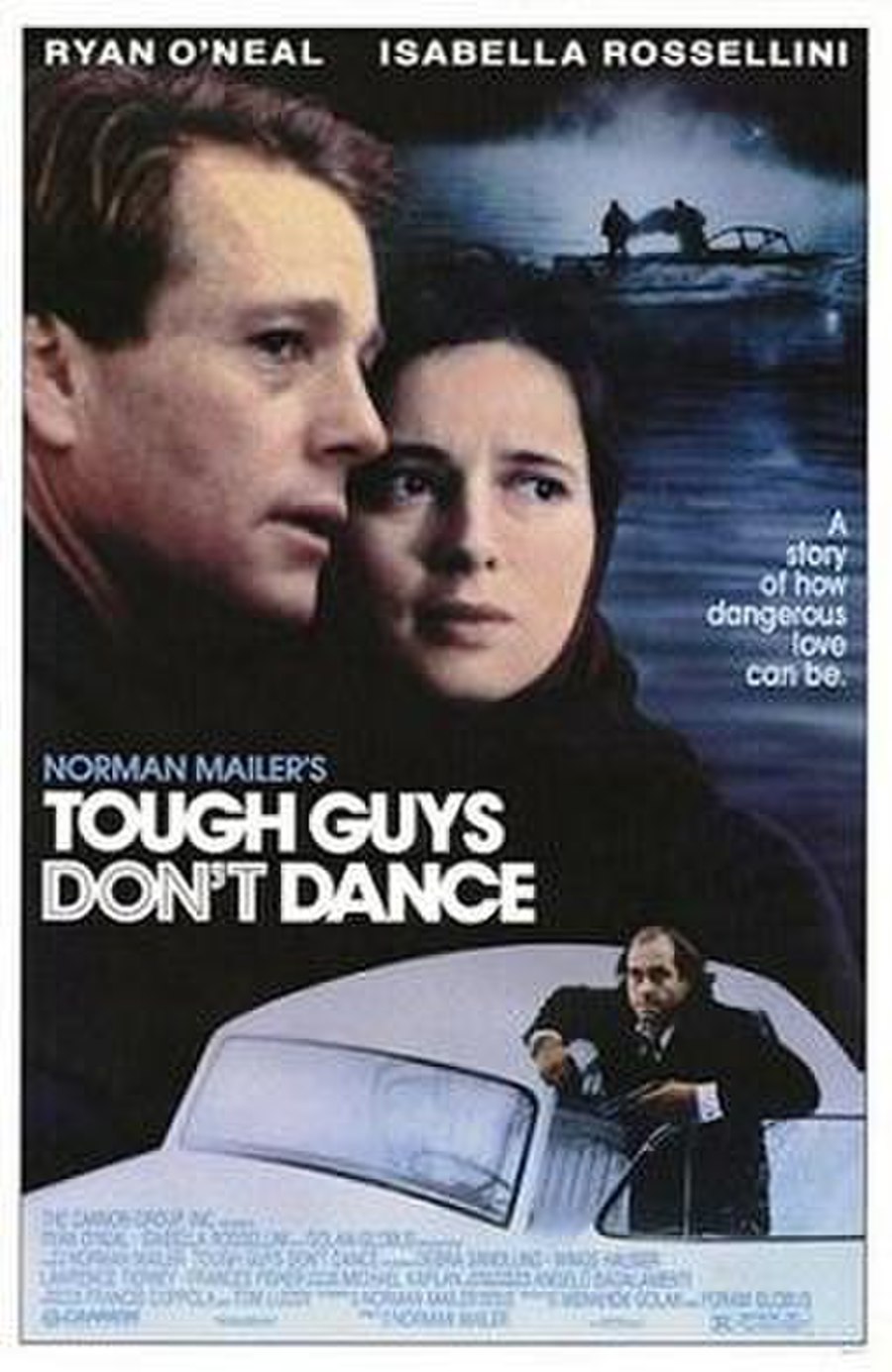 Tough Guys Don't Dance is a 1987 crime mystery comedy-drama film written and directed by Norman Mailer based on his novel of the same name. It is a murder mystery/film noir piece that was scorned by audiences and critics alike. It was screened out of competition at the 1987 Cannes Film Festival.

On the 24th morning after the decampment of his wife, Patty Lareine (Debra Sandlund), Tim Madden (Ryan O'Neal), a former bartender and ex-con who was imprisoned for dealing cocaine, currently struggling to make a living as a writer and who is prone to blackouts, awakens from a two-week bender to discover a tattoo reading "Madeline" on his arm, and a bloodbath in his car. He shortly finds a woman's severed head in his marijuana stash in the woods, and the new Provincetown police chief Luther Regency (Wings Hauser) shacked up with his former girlfriend Madeleine (Isabella Rossellini).