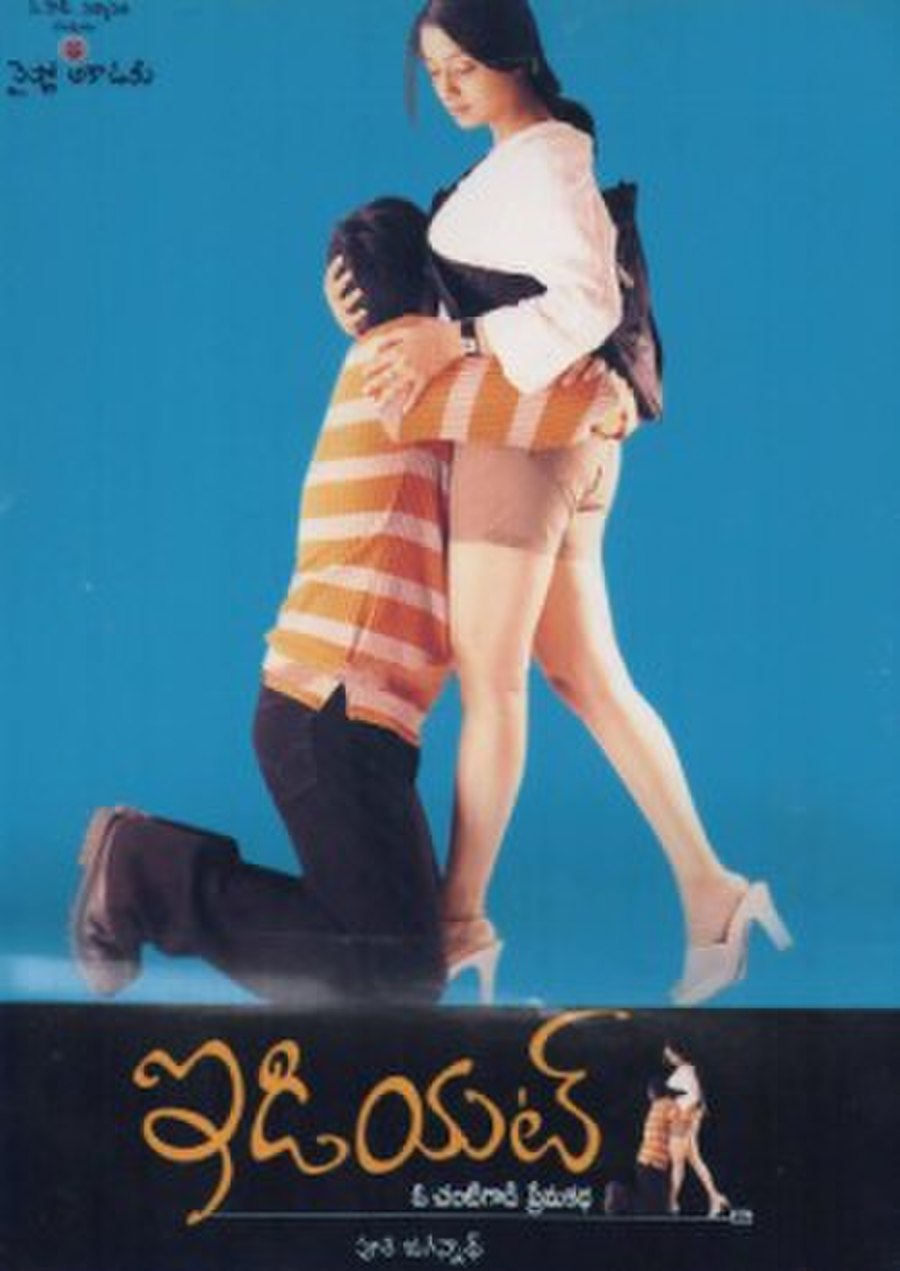 Idiot: O Chanti Gaadi Prema Katha is a 2002 Indian Telugu-language action romantic comedy film which released on 22 August 2002 and was directed by Puri Jagannadh. It was the second collaboration between Ravi Teja and Puri Jagannadh after the successful film Itlu Sravani Subramanyam. The dialogue was written by Puri Jagannadh with soundtrack by Chakri. This film stars Ravi Teja and Rakshita. It turned out to be a Blockbuster. The film ran for 100 days in 36 centres. The film was a remake of director's own 2002 Kannada movie Appu which was also remade in Tamil as Dum in 2003, in Bengali as Hero in 2006 and in Bangladeshi Bengali as Priya Amar Priya in 2008.

Chantigadu (Ravi Teja) is the son of a head constable Venkata Swamy (Kota Srinivasa Rao). Chanti is a guy with a carefree attitude. He is beaten by a rival gang at night and was rescued by a beautiful girl Suchitra (Rakshitha). She pays his hospital bills and donates her blood. She is gone from the hospital by the time Chanti became conscious. When Chanti's friends inform him about the girl who rescued him, he starts loving her immediately for her goodheartedness, though he did not see her. Suchi later turns out to be the daughter of the city police commissioner Vipra Narayana (Prakash Raj).