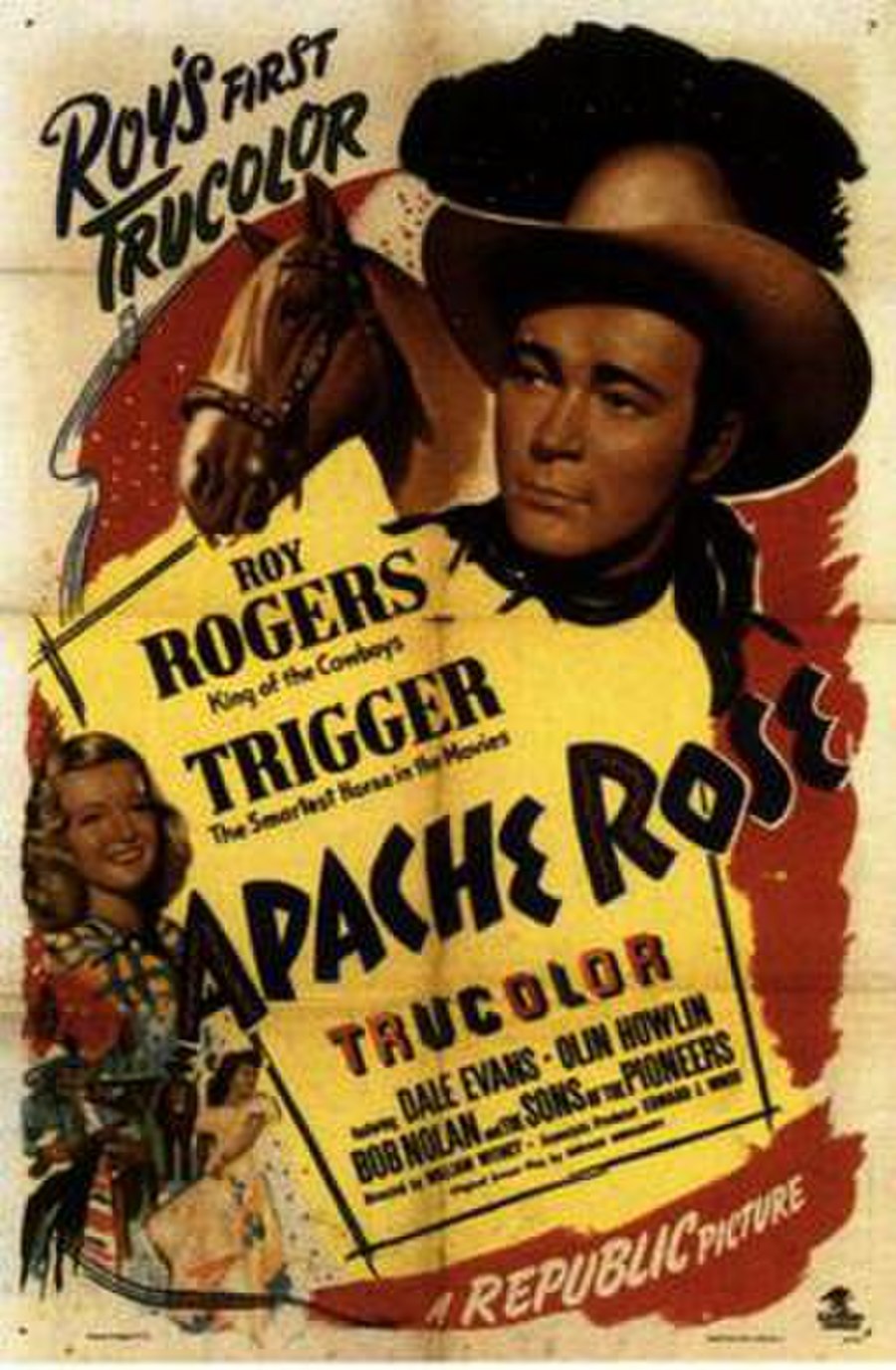 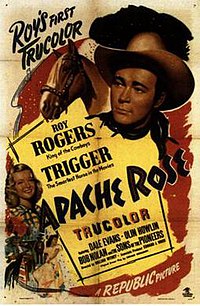 Apache Rose is a 1947 American Trucolor Western film directed by William Witney and starring Roy Rogers. It was the first Roy Rogers Western shot in the process though most copies on DVD are in monochrome.

When oil is discovered on a Vegas ranch, Mexican gambler Carlos is in a deadly fight with his enemies for the oil, putting his girlfriend (Dale Evans) at risk as well as his female cousin whom the bad guys shoot in the arm. His girlfriend then masquerades as his wounded cousin narrowly missing getting killed but cowboy hero Roy Rogers catches wind of the plot and rescues Dale aka Carlos' cousin. Eventually the bad guys are brought to justice after a tense battle on the seashore with guns and fists.