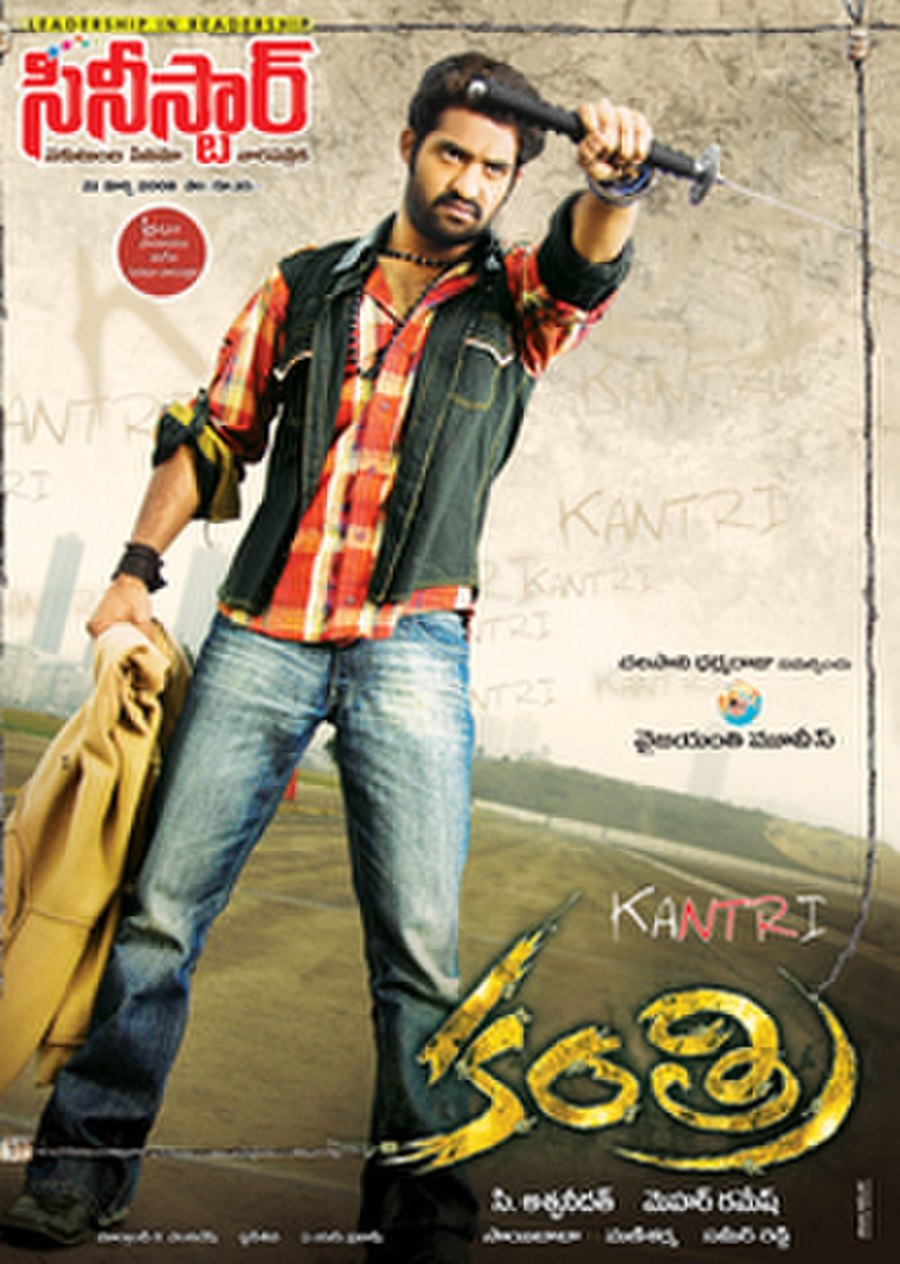 Kantri is a 2008 Indian Telugu-language action film written and directed by Meher Ramesh, a protégé of director Puri Jagannadh and who had earlier worked on Kannada films. Jr. NTR, Hansika Motwani, and Tanisha Mukherjee star in the lead roles, while Prakash Raj, Ashish Vidyarthi, Mukesh Rishi, Sayaji Shinde, Kota Srinivasa Rao, Venu Madhav, Sunil, Brahmanandam, Subbaraju, and Ali play supporting roles. The film has been produced by Vyjayanthi Movies and C. Ashwini Dutt. The film was initially scheduled to release on 1 May 2008. However, it was released a week later in order to avoid competition with Parugu. The film released on 9 May 2008 and became a moderate commercial success.

The opening scenes give you an indication of how the movie is going to shape up. NRI Krishna returns to his village with his wife and child to work for the upliftment of the village folk. However, when the family, along with his old father, is on its way home with the money, PR Pothuraju (Prakash Raj) betrays everyone by killing them and running away with the money, leaving his wife and son behind. Pothuraju is the head of a huge empire and is known for his nefarious connections and illegal dealings. He is supported at every step by his friend and partner Seshu (Ashish Vidyarthi). Enters our hero Kantri (Jr. NTR), who flexes his muscles, shakes his leg, and gets into Pothuraju's gang to earn money for his orphanage where he grew up (he is orphaned at a very young age). Kantri falls in love with Varalakshmi (Hansika Motwani), who is such a lucky girl that she wins a foreign trip, house, and household gadgets for her family. However, she initially does not like Kantri. An ambitious Kantri rises up pretty fast in life and meets Pothuraju in Hong Kong. However, an issue comes which makes Kantri separate from Pothuraju's gang. He takes money from Das (Sayaji Shinde) to kill Pothuraju. Before he has his chance to do so, he is told that Pothuraju is actually his father. The hatred becomes attached, and Seshu's daughter Priya (Tanisha Mukherjee) falls in love with Kantri. However, some differences arise between PR and Seshu. How Kantri puts an end to all this and clears the confusion forms the rest of the story. This movie has some stylish fights and good action sequences.