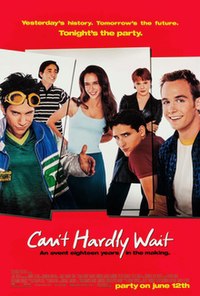 The senior class of a suburban high school, Huntington Hillside, are attending a graduation party at a large house owned by a rich class member's family. Among them are Preston Meyers, a typical outsider who plans to proclaim his love to his four-year secret crush Amanda Beckett. Amanda, the most popular girl in school and the senior class prom queen, has recently been dumped by her popular jock boyfriend Mike Dexter. Mike is targeted by nerd classmate William Lichter, who is plotting revenge against him for years of relentless bullying. Preston's antisocial best friend Denise Fleming has no intention of going to the party but is dragged along by Preston. Kenny Fisher is a wannabe thug who plans on losing his virginity by the end of the night.