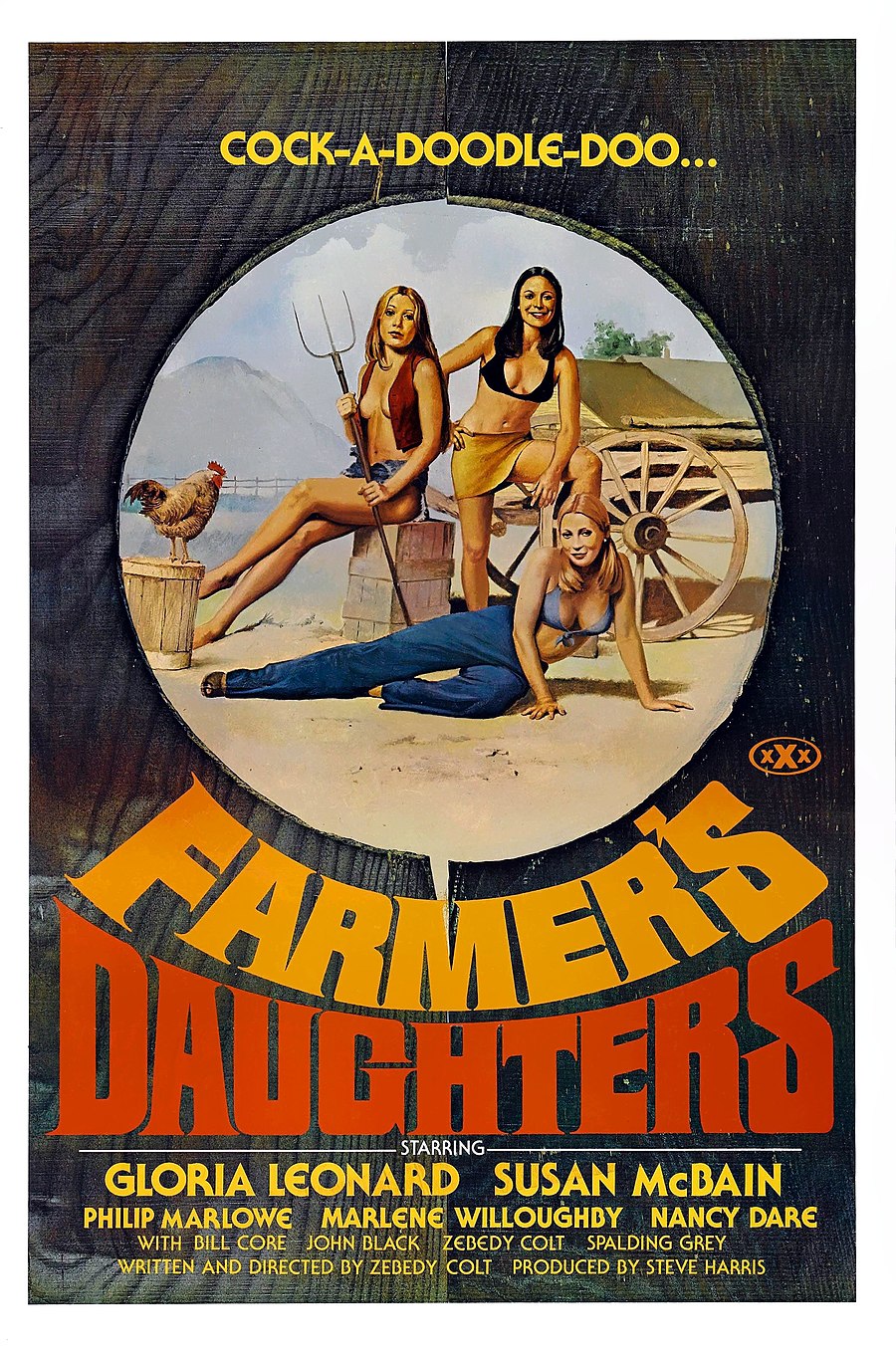 Farmer's Daughters is a 1976 American pornographic film directed by Zebedy Colt, who also starred in the film.

The film is about a farm in which the farmer's daughters gang-rape the farm hand Fred while the parents have sex. Soon thereafter, escaped convicts arrive and rape both the mother and her daughters in a twisted game of Simon says. Fred eventually returns and beats the convicts, only to continue the game himself and forcing the entire family to engage in incest due to how the daughters humiliated him earlier.