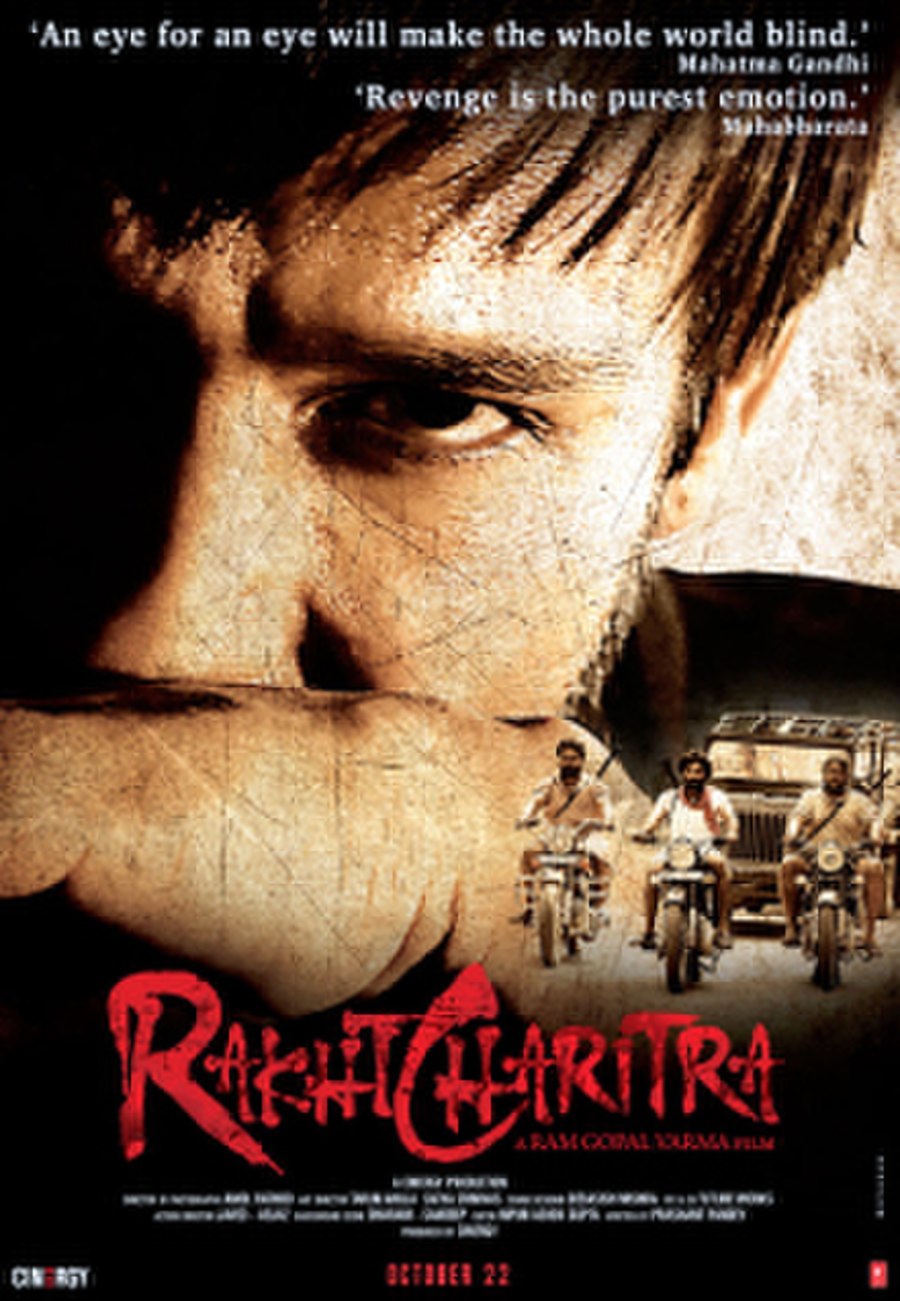 Rakta Charitra (Rakht Charitra in Hindi) is a 2010 Indian political action thriller film based on the life of Paritala Ravindra. The film was directed by Ram Gopal Varma and written by Prashant Pandey. The film was nominated for Stardust Readers Choice Award for Best Direction— Action/Thriller. The film starred Vivek Oberoi as Pratap Ravi in the lead role, while Sudeep, Shatrughan Sinha, Abhimanyu Singh, Kota Srinivasa Rao, Sushant Singh, and Radhika Apte play supporting roles. Oberoi makes his debut in Telugu cinema through this film.

Narasimha Reddy, a local politician, is a powerful man in the area. His close associate Veera Bhadra (Rajendra Gupta) is his trustwothy ally for his political work, to the extent that Narasimha Reddy gives him freedom to contest Jilla Parishad polls with his men. Veera Bhadra champions the causes of the poor and oppressed and they look up to him like their leader.