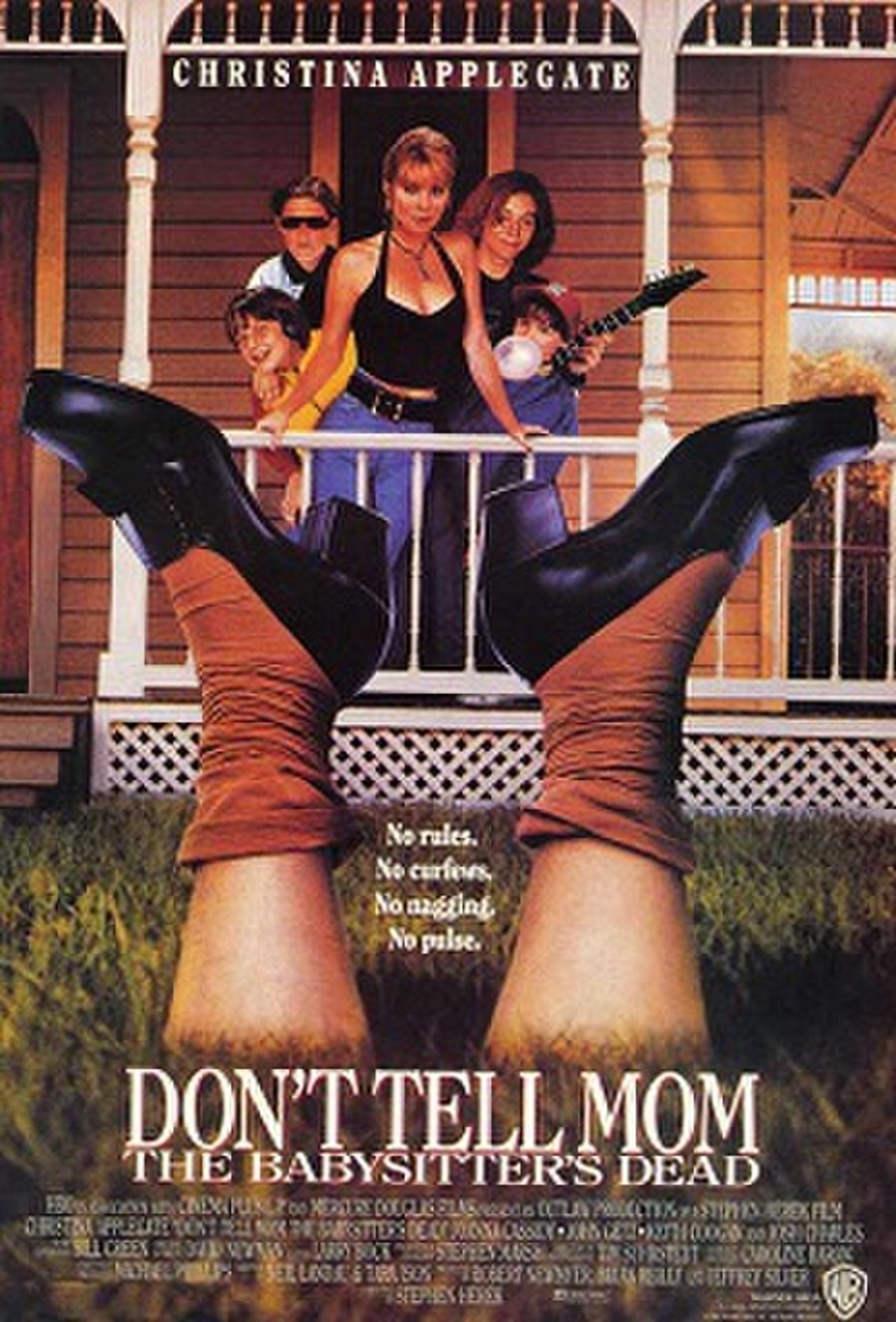 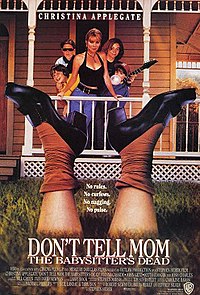 Don't Tell Mom the Babysitter's Dead is a 1991 American coming-of-age black comedy film directed by Stephen Herek and starring Christina Applegate, Joanna Cassidy, Josh Charles and David Duchovny. The plot focuses on seventeen-year-old Sue Ellen Crandell, who assumes the role as head of the house for her siblings when the babysitter her mother hired suddenly dies in her sleep. Although only a moderate success theatrically, the film later achieved a cult following on VHS and cable television.

Sue Ellen Crandell (Christina Applegate) is a 17-year-old high school graduate in Los Angeles who, due to a lack of funds, cannot go to Europe for the summer with her friends. She is about to head to college in the fall. However, when her divorced mother (Concetta Tomei) goes on a vacation to Australia with her boyfriend, Sue Ellen looks forward to an entire summer of freedom with her siblings: twin slacker and stoner Kenny (Keith Coogan), 14-year-old ladies' man Zach (Christopher Pettiet), 13-year-old tomboy Melissa (Danielle Harris), and 11-year-old television fanatic Walter (Robert Hy Gorman). Much to Sue Ellen's dismay, her mother hires a live-in babysitter, Mrs. Sturak (Eda Reiss Merin), a seemingly sweet, humble old woman who assures Mrs. Crandell that she can take care of all five children. As soon as Mrs. Crandell leaves, Mrs. Sturak shows her true colors as an evil tyrant, quickly drawing the ire of the children. However, she soon dies of a heart attack. After her body is discovered by Sue Ellen, the children agree to stuff the babysitter in a trunk and drop her off at a local funeral home and keep her car. They discover that the envelope given to Mrs. Sturak by their mother with their summer money is empty; she had it on her when they delivered her body to the funeral home.