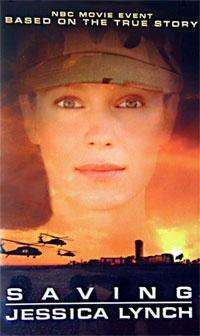 Saving Jessica Lynch is a 2003 American television film that aired on NBC and featured Canadian actress Laura Regan in the title role. The film begins with the ambush of Jessica Lynch's convoy in the middle of an Iraqi city and follows a version of events that credits an Iraqi citizen, Mohammed Odeh al-Rehaief, with being responsible for helping to arrange a daring rescue by US special operations forces.