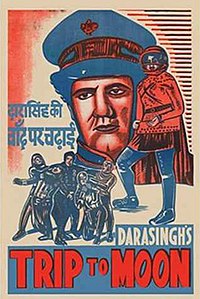 After landing on the Moon, the astronaut Anand and his associate Bhagu face off against many warriors and monsters from another planet.