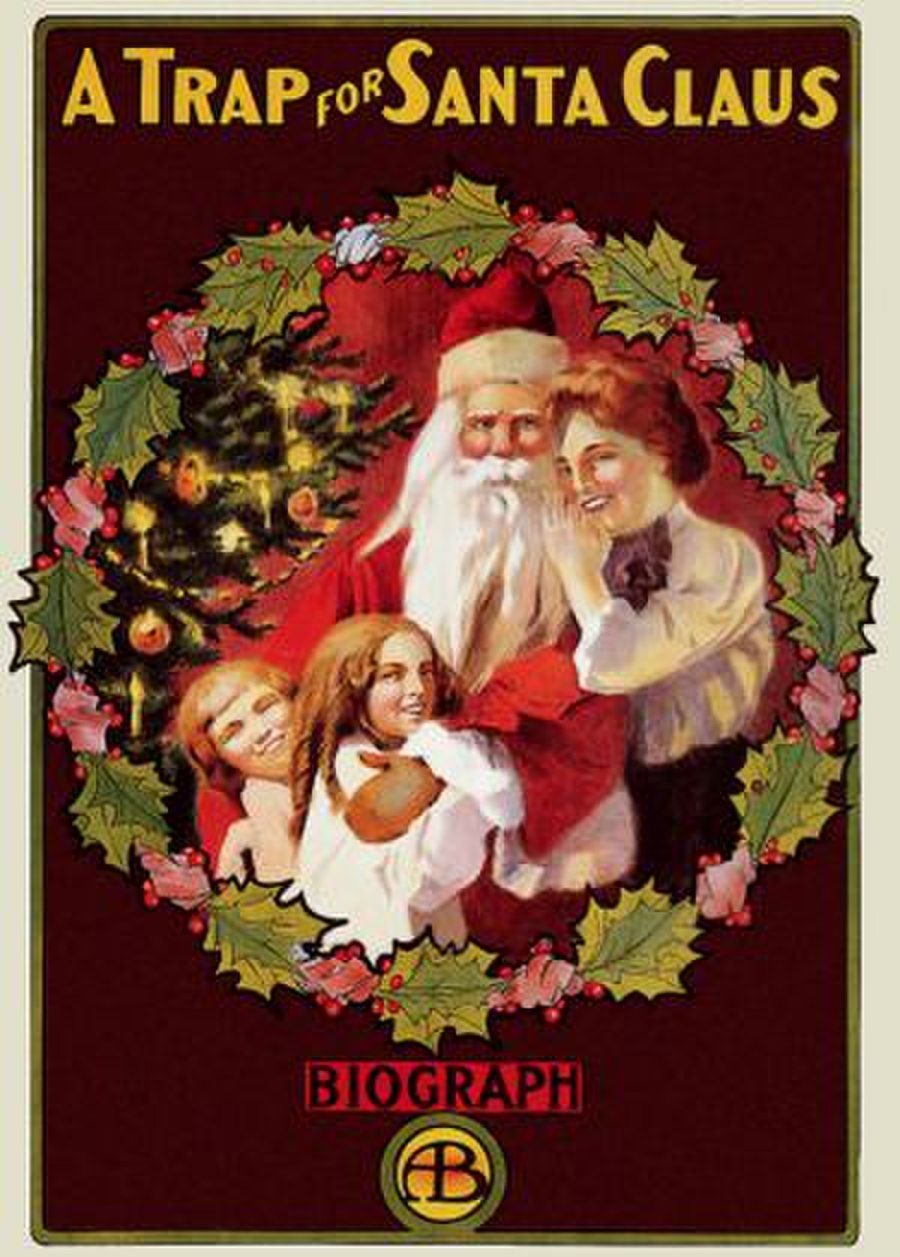 A Trap for Santa Claus is a 1909 one-reel American silent film, a Biograph Company production. Directed by D.W. Griffith, it stars Henry B. Walthall, Marion Leonard, and Gladys Egan.

Arthur Rogers (Walthall) is an unemployed, drunkard husband and father who has no money for a Christmas celebration. A title describes the situation as "misery and want, the family's lot." Helen Rogers (Leonard), his wife, cries with their daughter over their poverty. Arthur leaves to go to the tavern. He asks the bartender (Sennett) to put an alcoholic drink on his tab, which he refuses. Two patrons buy drinks for Arthur and invite him to their table. He becomes intoxicated and returns home to a frightened wife and daughter (Egan). Arthur is described as "helpless, the father leaves the house of sorrow." He writes a letter: "Dear Helen, you will be better off without me. I leave for good. May God help you. Arthur." He slides the letter through the door before he departed. Helen picks up the letter to read his words. Arthur returns to the bar, where he drinks to the point of unconsciousness. The bartender literally picks him up and throws him outside. Helen and her daughter leave the house to go to an employment agency, but are turned away. They return to the house to find the son (Tansey) ate their only food: a small loaf of bread. His arm is also in an unexplained sling.